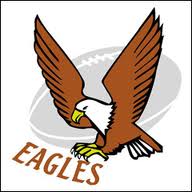 The Border Bulldogs scored two late tries but the visitors’ rearguard action wasn’t enough to prevent the SWD Eagles from running out 46-35 (halftime 18-9) victors in their Absa Currie Cup First Division match played at Outeniqua Park in George on Friday night.A tiny crowd of just over 200 saw their team, who lost 28-20 to the EP Kings in round one, win their first home game of the season with a little more to spare than the final scoreline may suggest.Wing Howard Noble got the game off to a brisk start when he went over as early as the third minute for fullback Fires van Vuuren, who would finish with 16 points, to convert.

Border flyhalf Dale Sabbagh, however, reeled in the deficit with two penalties before Van Vuuren emulated him to take the score to 13-6.

Former Border centre Jeffrey Taljard then opened up some daylight with his adopted team’s second try five minutes from the break, but Van Vuuren’s missed penalty, combined with a third successful strike by Sabbagh, ensured that it was anybody’s game going into the second 40.

The Bulldogs were however dealt a blow three minutes after the restart when flanker Ben Venter was yellow-carded, followed shortly thereafter by a try to opposite number Lyndon Hartnick, converted by Van Vuuren, to make it 25-9.

The Bulldogs recovered quickly through veteran skipper Chumani Booi, who dived over two minutes for Sabbagh to add the extra points.

But Eagles tighthead prop Eric Coetzee crashed over to make it 32-16 before Noble got his second on the hour to open up a 23-point lead that the Bulldogs, for all their grit, were never going to wipe out.

They gave it their best shot, however, front-rower Matthew Taljard scoring after 64 minutes, Venter in the 73rd and replacement Vuyo Mboto with three minutes left to at least give his team the bonus point.