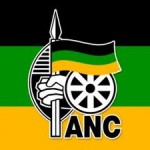 The Provincial Executive Committee held its regular meeting over the weekend. It observed the growing poverty and inequalities within the Western Cape. According to the NPC report we have the lowest percentage of gross enrolment ratio in grade R. The PEC also noted the majority of underperforming schools are in historical Black areas, which means we are reproducing the same conditions that apartheid education wanted to achieve of condemning our people to poverty and underdevelopment.

We have therefore resolved to mobilise communities to take an active part in the education of the Black Child, focusing on the promotion of the culture of learning and teaching. Those parents must be in the forefront of this programme starting with switching off the TV and read a book for your child. But given the high levels of adult illiteracy, we will mobilise volunteers from communities to assist with this work.

The issue of unemployment particularly amongst youth destroys the dignity and self-worth which leads to other social problems of crime, substance abuse and delinquency. We therefore urge National Government to intervene as there is no commitment from the DA government to prioritise job creation. Equally we are going to use every platform to question whether the provincial budget is used to redress apartheid inequalities or entrench them.

The condition of health facility in the poor areas shows complete failure on the part of the MEC of Health, who is failing to upgrade and maintain infrastructure. The quality of health service betrays the values of Batho Pele (people first). The health system faces a massive disease burden, HIV and Aids, TB, maternal and child mortality, non-communicable disease as well as trauma and violence.

The ANC is calling on all our people to live healthy life styles, starting with each and every one of us taking responsibility for our actions.

The PEC observed the lack of commitment by the DA Government to reverse the effects of apartheid spatial setup. Human settlements are being built further away from places of work and the high density of poor areas. There is no commitment to upgrade informal settlement therefore people are condemned to squalor. Back yard dwellers remain the most disadvantaged residents as their issues are still not being prioritised. The ANC is going to be mobilising communities to force the DA government to deliver on this important issue.

Local government is the closest level to communities as it renders important services. The PEC noted the demarcation of wards has reinforced separate development as there is no visible commitment to de-racialise and integrate communities. We are equally disturbed that the proposed sub-councils in the City of Cape Town are along racial lines. To this end we will be engaging the demarcation board to raise this.

The PEC also observed the deployment of questionable characters by the DA to lead municipalities i.e. Swellendam Deputy Mayor Matthys Koch did business with the municipality without disclosure, Overberg District Municipality Deputy Mayor Jasper du Toit Loubscher bought land from the municipality without declaring his business interests, Eden District Cllrs Henry Mcombi, John Koeglenberg and Patric Murray were all implicated in vote buying and the municipal manager Mr Louw who was reappointed whilst found guilty on financial mismanagement. This is clear arrogance of power and sins of incumbency.

The PEC has noted the Oudsthoorn report and calls on the ANC Mayor Gordon April to take all necessary action to protect the integrity of the municipality and ensure clean governance.

Lastly we wish our Muslim brothers and sisters well during the period of Ramadaan.