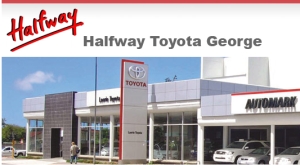 It sounded as a goal too far for even the Prius, but one couple managed circumvent South Africa using less than 140 litres of fuel.

Helen and John Taylor, an Australian couple well known for several international fuel economy records, decided to turn their recent holiday in South Africa into a record breaking attempt. They chose the ultimate eco friendly Toyota Prius for the job and assigned independent technical engineering company Aswan Consulting to follow them across the country and independently certify their record attempt.

The Taylor’s trip took the couple from Johannesburg’s early morning rush hour traffic through towns and cities such as Springbok, Cape Town, Port Elizabeth, Durban, Piet Retief and ultimately back to Johannesburg in a route that spanned 4 431.6 km. “South Africa is an immensely beautiful country. Driving through the countryside is like driving through the USA, Australia, Scotland and New Zealand all in one day,” say the seasoned travellers.

The Taylors first refuel was recorded in Pofadder in the Northern Cape, after completing 1 100.2 km and using 34.368 litres of fuel. For the record purposes the couple was only allowed to stop at pre-determined Shell fuel stations, where the station manager was tasked with recording the fuel level, unsealing and resealing the fuel tank and taking meticulous photo evidence of the process. “Our best figure in the Prius is 2.4 l /100 km over a 50 km section. We travelled at normal speeds, but the road works and constant stop and go sections dropped our average speed to 53 km/h for the section,” say the Taylors.

The 2.4 l record translates into an average of 41.66 km per litre of fuel, which shatters any previous fuel consumption records. The same applies to the final record fuel consumption figure of 3.148 l /100km which was certified by the independent technical auditor. To achieve this final figure, the Taylors used only 139.488 litres of fuel over 4 431.6 km of all types of road surfaces and environmental conditions.

The certified record figure is very impressive as it beats the official 4.1 l /100 km fuel consumption figure of the Prius by 23%. This is even more impressive if one considers that an average 2 litre petrol driven family sedan would consume on average 7 l l / 100 km.

“The Taylor’s achievement strengthens our view that the Prius was designed to offer the best possible environmental benefits in normal everyday circumstances. Not only did the Prius – a used version with relatively high mileage – outperform all expectations, but it did so with the lowest CO2 emissions as well. We are proud of both the Taylors and the Prius, well done!” says Dr Johan van Zyl, President and CEO of Toyota South Africa Motors and a Managing Officer of