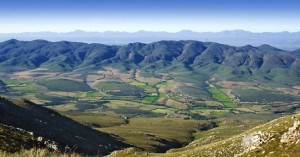 BEIJING – Eager to tap into the minds and wallets of the many millions of Chinese tourists adventuring in foreign climes, South Africa Inc has been doing its bit. South African Tourism has ramped up its country marketing campaign and is nurturing a growing following on China’s Mandarin language equivalent of Twitter, the popular microblogging service called Weibo.

Yet, as David Coutts-Trotter, CEO of Sun International, lamented on radio this week, South African hotel occupancy rates are down and South Africa’s hospitality industry in general is in the doldrums.  In an interview with Alec Hogg, Moneyweb’s editor-in-chief, Coutts said Sun International wasn’t expecting business to improve any time soon.

Hotel bookings are down for the third year of under-demand and oversupply. This is even though, as market commentator David Shapiro later noted, South Africa has lovely golf courses, beautiful beaches and casinos.

South Africa has to lay on packages to attract more people from emerging markets like China and India, he said. This would offset losses of South African tourists as well as travellers from the US and Europe.

South Africa’s marketers have already done much to boost tourist numbers from China. Excitement and fanfare around the World Cup Soccer in South Africa last year helped generate awareness about the country in China; a presence at the 2010 Shanghai World Expo gave South Africa additional exposure as a potential tourism destination.

Collective efforts have reaped some rewards. The number of Chinese travellers to South Africa reportedly increasing by more than 65% in the first 10 months of 2010 compared to the previous year.  But the uptick to 55 000 or so Chinese tourists was evidently not enough to compensate for a downturn in visitors from elsewhere, as Sun International’s latest numbers attest.

This is hugely disappointing because tourism seems like an obvious sector in which South Africa could create many more, desperately needed jobs. If hospitality and tourism businesses were thriving, they could hire more of everyone, from cleaners and tour bus drivers to hotel managers, game-rangers and travel agents.

Chinese tourists seem like an obvious group to tap for additional foreign revenue. The Chinese, flush with pocket money as they rapidly enter the leisure-seeking middle class, have an enormous appetite for sight-seeing.

Vast crowds clogging railway and bus stations and airports during holidays, are just one of the many signs that the travel bug is rampant in China.  Historical sites – from the world-famous Forbidden City in Beijing to the many smaller heritage spots around the country – heaving with tour groups of colour-coded, cap-wearing visitors throughout the year are another.

Chinese people like to have photographs of themselves at landmark sites. Then they tick them off, and move on to the next popular spot. Once they’ve seen the main sights at home, they start pondering their options elsewhere.

South Africa, with its extraordinary natural landmarks like Table Mountain and rare animals, would seem like an obvious destination to consider after being photographed giving it the two-fingered “V” with your friends at the Tower of London, the Eiffel Tower and in front of the Statue of Liberty. Yet it is not.

Chinese people also like to gamble. This is a major reason the island of Macau, off the south coast of China, is such a popular getaway venue for mainland residents, who face gambling restrictions. South Africa, with an abundance of slot machines and roulette wheels, is a paradise for gamblers.

So why aren’t hordes of cash-flush Chinese signing up for tours to South Africa? Why aren’t China’s state-owned organisations recommending Cape Point, where the Atlantic and Indian oceans are mythologised to meet, or the lion-dotted Kruger National Park as the annual travel perk for the hardest working among their underpaid and overworked?

The answers seem to lie in the details of research undertaken by South African Tourism before the country hosted the World Cup. At the time, reasons cited by Chinese people for not visiting South Africa included:

·         Racism. Chinese people are “not comfortable with African blacks”, nearly half told researchers;

·         Personal safety was almost as big a worry, with just over 40% of respondents in a survey citing this as a major barrier to visiting South Africa;

·         Lack of knowledge. At least a third gave this as a reason for not wanting to visit South Africa; and

·         Language problems were an obstacle for more than a quarter of the Chinese people surveyed.

Among the other reasons: that there were better destinations for travel; flights are too long; and South Africa is an expensive place to have a holiday compared to other destinations.

As far as I can tell, there has been an increased awareness about South Africa in China since that research was published in 2007. But nothing else has changed.

There hasn’t been a major education campaign to make Chinese people feel “more comfortable” about blacks. My own personal experience is that the Chinese find all other racial groups a bit of a mystery, presumably a by-product of years of living in isolation.

Bigotry about skin colour is a hard problem to fix, and probably nothing South Africans can do much about. As we South Africans know all too well, racism isn’t easy to shake.

Personal safety is a huge issue. Crime is still a big worry, and not just for the Chinese. South Africa has a seemingly unshakeable reputation as a place where it’s easy to get raped, robbed and murdered.

That perception is something South Africa could fix, though not by hiding it. There is precedent in the world for crime rates being brought down through clever strategies, with New York’s “broken window” campaign a case in point.

Another barrier South Africa can remove is the language one. We should be teaching more people Mandarin, include more information in Mandarin in our marketing material, have more tour guides who can communicate with Chinese people in Mandarin, and generally make our Chinese visitors feel more welcome.

Cost is definitely an issue. You can expect to pay about R1 000 for a night in a budget hotel far from the main attractions in Cape Town – the same price you will pay for a room in a very comfortable five star hotel in a good tourist location in Beijing or Shanghai.

South Africa’s marketers are doing a reasonable job in China but can only do so much.

China is expected to send an estimated 100m tourists into the world each year by the end of this decade. We need to look inward and make some tough decisions, in particular about the way we are dealing with crime, if we are to grab a slice of a hugely lucrative market that looks like it could easily pass us by.