The economy might be slowing down but there is still plenty of life in the new passenger car market in South Africa with sales up by 13% over July. The 36 138 new passenger cars sold are 8% more than August last year and it also pushes the year to date sales up by nearly 17% over the same period last year. 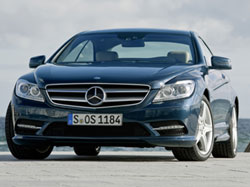 Figures just released by the National Association of Automotive Manufacturers (NAAMSA) show that overall sales for all vehicles broke through the 50 000 mark for the first time since March this year. The 51 436 new vehicle sales represent an increase of 11.1% over August 2010 and push the overall new car sales for the year to date to 14.5%.

“The new vehicle sales trend is encouraging,” says Dr Johan van Zyl, President and CEO of Toyota South Africa “We expect the sales trend to continue to remain positive for the remaining months of this year for an overall sales figure of 570 000 units.”

However, despite the positive growth, Dr Van Zyl warned that consumers remain under pressure due to rising living costs and lingering economic uncertainty. This, he said, would be partially offset by a significant increase in the number of new vehicle introductions.

“The market is truly spoilt for choice and we expect even more new vehicle introductions before and during the Johannesburg International Motor Show in October,” he said. 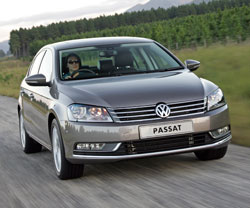 Volkswagen is the carmaker with the biggest reason to smile for their 8070 new passenger car sales in August makes them the biggest and it also pushes their share of the total passenger car market up to 22.3%.

VWSA sales and marketing director, Mike Glendinning, said the locally-built Polo Vivo continues to sell in excess of 3000 vehicles a month and in August contributed 3322 sales to the brand’s overall sales. Polo was the second-best seller, with 2343 sales. These two products alone make up 15.7% of the entire passenger market.

VW’s commercial vehicle sales also set a new record of 1015 sales in August with the Amarok, in both the single (295 units) and double cab (380 vehicles) variants, accounting for two thirds of these sales.

Glendinning said August was also VWSA’s best month in terms of a combination of exports and sales – with 18 005 vehicles leaving the factory gates during the course of the month. “The new passenger car market performed well in August, driven strongly by seasonal demand from rental car companies which contributed 20% to new cars sold during the month.”