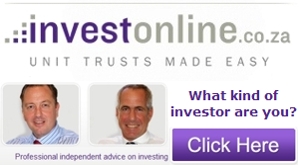 Long term charts usually depict a roadmap more accurately as there is more data and thus there is less opportunity to manipulate a chart using a shorter time frame.

The long upward sloping red line is an approximate mean average price’ line of the JSE all share mean price over the last 26 years to date. Thus by looking at the chart in its complete data state (from 1985-2011) it does appear that the SA equity market may have ‘morphed’ into a potential bubble – relative the price action in the period 1985 – 2005 period which when looked at is a little alarming.

More concerning is the fact that it is also appearing to develop a ‘double peak top’, a formation which is traditionally a sign of a change of direction in technical. This is also a little reminiscent of the ‘double top’ formation in the SP500 in the 2000 / 2008 era – (this chart is copied below the JSE chart).

When comparing the two charts – there is an uncanny similarity around their price lines. The only difference is that the JSE appears to be lagging the SP500 chart pattern.

Thus when looking at the SP500 chart the ‘double top’ is depicted by the horizontal red line at the top and the correction action which is in the middle of the two peaks does not drop far enough to reach the long term mean average price line. However, once the double top is formed and the “crash” happens (in 2008 / 2009 period) the SP500 then falls below the long term mean average price line.

When looking at the JSE All share index chart below and comparing it to the SP500 chart – we see a very similar pattern to the SP500 chart – only that it is ‘lagging’ the SP500 chart. It has essentially replicated the ‘roadmap pattern’ of the sP500 so far by morphing into a bubble and forming the double top state which we are presently in.

This sounds completely absurd. But history of this ‘mean reversion’has presented itself time and time again, and it would be silly to ignore the signs.

Every other true market “bubble” over the last 8 years to date has reverted back to its mean average price level and then broken it and gone below it .

One only needs to draw up the charts of the Nasdaq bubble of 2000, the Dimension Data chart, Platinum mettle chart or the Oil price chart to see this chart pattern confirmed and the reversion to the long term mean theory proved time and time again.

We are thus ignoring valuations (fundamentalists would be horrified) and only applying straight technical analysis, ‘roadmap theory’ and the theory that a market bubble always reverts back to its long term mean average price. This may be a little one-sided but the below charts have an eerie feeling about them and hence we urge caution to investors in pure equity in the South African markets as the charts are ‘warning’ of a potential fall back to the long term mean average price line at a level of 15 000.

The long term Kress economic cycle bottoms are all converging for an all time low for late 2013 / early 2014 and this cycle bottom is what has made me look closer at the technical picture being presented below.

The historical charts of the Nasdaq, DiData, Platinum Price, Oil price and the SP500 – all reverted to their mean and actually traded below the long term mean average price – albeit briefly.