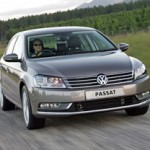 Twenty-six semi-finalists out of 320 derivatives are in the running for the coveted title of South Africa’s Car of the Year 2012.

The 26 vehicles bidding for a place in this year’s competition were chosen by the members of the South African Guild of Motoring Journalists (SAGMJ) from the pool of vehicles launched in this country between 1 October 2010 and 31 August 2011.

“As always, only the best that South Africa has to offer in this prestigious competition has made it through, from entry level and budget friendly cars, right up to the best that money can buy in Sports Utility Vehicles,” says Mark Jones, SAGMJ convenor of the competition.

According to George Nyabadza, general manager: marketing at WesBank, South Africa’s leading asset-based finance and fleet management solutions provider, this is the first time that the semi-finalists have been announced publicly since the company initiated its sponsorship of the award over 27 years ago. “The announcement of the semi-finalists not only adds more transparency to the judging process, but also serves to add extra excitement among manufacturers and South African car enthusiasts alike”.

“From an automotive performance perspective, we would like to congratulate all the manufacturers who have been acknowledged as best in their individual categories. We wish them all of the best as the judging continues and culminates in the announcement of the overall winner early next year,” says Nyabadza.

The most challenging work for the jury starts now as the 26 vehicles get voted on by the who’s who of the South African motoring journalism to establish a final list that will make it to the track judging days at Gerotek in February 2012.

The announcement of the winner will only come after this stringent voting process has been completed and the physical testing of the eligible cars is completed.

“Once again, and for the second year running, there is no undisclosed judging and scoring, in the same way similar competitions are run in Europe. The SAGMJ jury members will be given 25 points in total to allocate to no more than five of the finalists and no less than three. With all the scores and the judge’s comments being open for scrutiny from the moment the winners are announced, it is going to be another close but open race to see who comes out tops this year,” says Jones.

The finalists will be revealed at the Johannesburg International Motor Show on 6 October 2011 and the vehicles will remain on display for the duration of the show.

The SA Car of the Year competition is about automotive excellence and the winning vehicle must score highly in its own class, not against each other as is often thought, but across a variety of categories, including those which reflect value for money, safety, dynamics, technology and aesthetics.

The semi-finalists, per category, are: