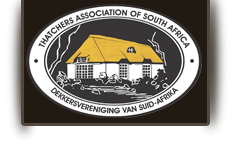 During a visit to Europe at the end of August I was invited to attend the meeting of the Thatchers Associations of Northern Europe. This meeting took place on the island of Romo in Denmark. The Thatching Industries of England, Denmark, Sweden, Netherlands and Germany were represented by about 60 thatchers from these countries. South Africa was then invited to be part of the formation of the International Thatching Society.

“The Goal of the ITS is to establish knowledge and techniques that will bring the thatched roof from a roof for old and conserved houses to a modern roof, that can compete with other roofs, no matter which building it is used for.” – in the words of Joergen Kaarup from JTL (the biggest Danish organization for Master Thatchers).

The working of the ITS is very simplified:

1. Every country is represented by two members from a recognized Thatching Association
2. A website will be set up as forum for members where information can be shared
3. Membership fees are 200 Euro (R 2 000) per year to run the website
4. Once a year there will be a meeting combined with a tour/ thatching fair

Joergen Kaarup has been elected as the “leader of the pack.” Next year’s meeting will be in Germany and TASA has been invited to bring as many members as possible to this event. The 2013 meeting has been scheduled to be in Cape Town and there is a lot of enthusiasm about this prospect. The idea is that as many as possible members from TASA will go to Germany next year and invite the Europe Thatchers to come to South Africa. The Danish and the Dutch invited us to join them on a short tour through Denmark and Holland before or after the Germany Thatching Fair.

The hospitality and enthusiasm that I was met with was completely overwhelming and the positive spirit amongst the different countries was inspiring.
More about the rest of the trip through Europe

I was caught by surprise to see the size of the Industry in Europe. One’s perception was that it is a dying trade in Europe limited to maintenance. Not at all! I visited very big commercial and residential developments, all under new thatch in both Denmark and Holland.

The organized Thatching Societies played an enormous role in the expansion of the thatching trade in Europe, and they succeeded in turning the tide in favour of thatch. One can see that in the progressive architecture in thatched buildings. There is a lot to be learned both ways between South Africa and Europe, and we should use this opportunity to improve our own vision and skills. TASA can learn a lot from the Dutch on how they built their Thatching Association into a very successful and influential organization.

Join me next year to Germany, Holland and Denmark and come and see for yourself.