Robin Carlisle, the Minister for Transport and Public Works in the Western Cape, has released a series of photographs of the newly repaired Brandwag River Bridge on the Geelbeksvlei Road, between Mossel Bay and Oudtshoorn.

“The total cost of the repairs, which were completed in a record two months, was a little under R1.5 million, excluding VAT,” says Minister Carlisle.

The fifth photograph shows yet another flood, which struck on 23 August, just three days after work was complete. However, the repaired bridge and approaches survived this second flood and the bridge was re-opened on 10 September.

To give people an idea of the exceptional impact of this particular flood, a total of 36 structures were damaged or wiped out in the towns of Vanwyks Dorp and Ladismith alone.

Meanwhile, in the wider Eden District Municipality, a total of 104 bridges were wiped out or damaged completely.

The Brandwag River Bridge scenario is not unique – often the culverts are blocked 100% by debris and the water overtops it and takes away the approaches.

Carlisle says, “My Chief Engineer for Structures, Harry Viljoen, who has been in our Department for 38 years (since 1974), tells me the bulk of their work has moved from building new bridges to constant maintenance.”

“Harry says the intensity and regularity of floods, which sometimes even happen out of season, point to the increasing effect of global warming.”

“It is clear that since 2004 we have been losing structures on a far more regular basis than before. For the first time, we are being forced to replace structures that are 40 to 50 years old.”

“An example of this is the Hex River Valley, where four bridges that had been standing there since the 1930s were completely wiped out in 2008, forcing us to replace them.”

“And this is without the gravel roads that are gone.”

“We are struggling to keep up with demand, but fortunately for now our very experienced engineers are managing and we are continuing to provide access to Western Cape communities.” 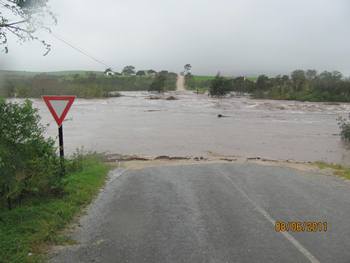 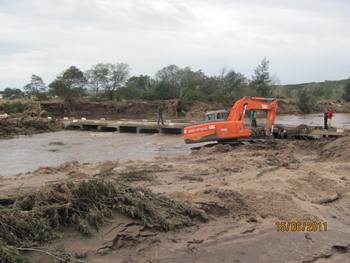 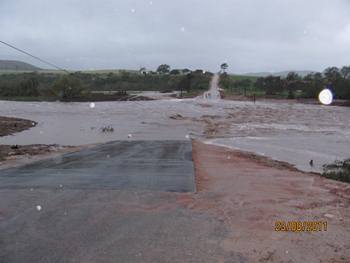 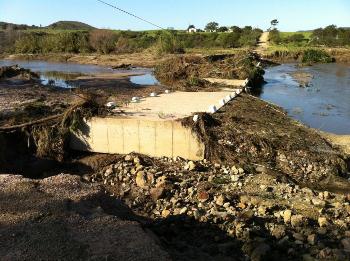