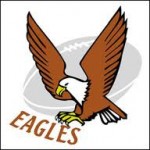 Several local club players are rewarded for their performances this season in the Eagles’ team to face Boland on Friday atOuteniquaPark, once again showing that the coaching staff are looking at the local talent in the SWD. Kick off is at 17h05.

SARU and SANDF to invest in SWDRFU’S future

The South African Rugby Union and the South African National Defence Force, both suitably impressed with the progress made by the SWDRFU and in the professional manner in which theUnionis managed and administered, are to heavily invest in the SWDRFU’s future. CEO Johan Prinsloo and the President, Hennie Baartman, have worked tirelessly to make sure the SWD gets at least one academy and are very happy that two academies are coming the way of the SWDRFU.

The SANDF are establishing an academy at their Oudtshoorn base. Arrangements are in their final stages and this is a major boost for rugby in the Southern cape.

SARU are similarly in the process of investigating and making logistical plans for an academy in George for the SWDRFU, which will be a professional academy aimed at retaining the union’s young talent.

These academies will ensure further growth of rugby in the SWD and will ensure that a team like the under 19’s who qualified for the A division for 2011, will not lose most of their team to bigger provinces, as was the case last year.

With the support of SARU and organisations like the SANDF, the Eagles will be a team to watch in future.