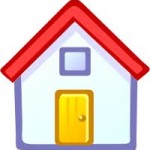 This is according to Adrian Goslett, CEO of RE/MAX of Southern Africa, who says that the First National Bank (FNB) fourth Quarter 2010 Buy to Let Estate Agent Survey shows a strong indication of further improvement to the residential rental market in the months ahead, which will ultimately fuel demand for buy-to-let properties.

“Buy-to-let investors accounted for around 25 percent of the property market during early 2004, according to the report. However, this figure dropped to an estimated seven percent in the fourth quarter of 2010, indicative of post recessionary times where investors are taking stock of what they have, what they can afford and where they want to invest in the future,” says Goslett.

The report cites financial pressure, the high debt to disposable income levels and the banks’ lending criteria as the primary reasons for limiting the growth of rental stock supply and buy-to-let demand. However, these factors also limit potential first time buyers who are now remaining in the rental market until they can afford to purchase a home of their own.

Goslett says that while it is clear that the factors as listed above may be stunting growth in the buy-to-let sector, they are also strongly linked to the current state of the rental market which is on a solid footing.

“For those who already own buy-to-let properties, the good news is that the rental market is showing signs of further improvement with the quality of tenants also showing a marked improvement from 2009.”

The latest available figures from the TPN credit bureau show that, in the third and fourth quarters of 2010, 81 percent of tenants were in good standing on their rental commitments – an improvement over the 2009 figures for each quarter. Furthermore, the April 2011 Stats SA CPI home rental inflation figures showed a 5.9 percent  increase year-on-year, while the month-on-month figures remained unchanged between March and April 2011.

“Financial barriers to entry will remain a stumbling block for many would-be homeowners, a good indication that the rental market will sustain its current strong position in the housing market for the foreseeable future. For those who are in good financial standing and who can afford to; now would be an ideal time to invest in a buy-to-rent property as the continued strong rental demand will drive the recovery in this market sector in the coming months,” says Goslett, who notes that there has already been an increase in development activity in the first few months this year.

However, he says that those looking to rent an existing property or purchase a buy-to-let investment should always bear in mind that screening tenants thoroughly will go a long way to avoiding non-payment issues.

“As always, location remains an important factor when selecting a buy-to-rent property, or any property for that matter, with amenities and schools often the main driver of demand, price and value growth.”