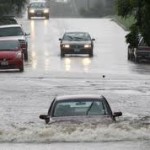 SA WAS putting $1,65m into devising ways of using ecosystems to combat climate change’s negative effects, such as more frequent and severe flooding and fires, as well as droughts and crop failure, the Council for Scientific and Industrial Research (CSIR) said yesterday.

“While much of the world’s attention during the negotiations will be on the negative impacts and uncertainties related to climate change, our department and its partners will be offering the world a more positive message of hope and practical solutions,” she said at Monday night’s formal launch of the programme funded by the UN Environment Programme and the Global Environment Facility.

ProEcoServ lead researcher Belinda Reyers said yesterday that SA was one of four “pilot countries” — together with Lesotho, Chile, Vietnam, and Trinidad and Tobago — identified by the two funding organisations as being able to use the funding to augment the good work already being done.

For the first time in SA, scientists and policy makers would be working in tandem to ensure that “ecosystems services” — the benefits derived from ecosystems, such as agricultural lands and flood absorption — were embedded in national policy, Ms Reyers said.

The four-year programme has three focus areas targeting climate change on a local scale, across a biome — a geographical area of similar climatic conditions and communities of plants, animals and soil organisms — and national policy, she said.

The funding comes to a close in 2014 but it is expected that ProEcoServ’s work will continue. Ms Reyers said further funding came from the South African National Biodiversity Institute (Sanbi) and the CSIR, plus “in-kind support” from the World Wide Fund for Nature, and the department.

SA was well placed to research how ecosystem services could protect people and their economic activity from climate change’s effects because, unlike many countries, SA’s biodiversity was still in a relatively healthy state, Ms Ngcaba said.

“The challenge before us lies therefore in stepping up our efforts to unlock the potential of our biodiversity to strengthen our economy, support our citizens, buffer society from the effects of climate change, and … assist society to cope with economic, political and environmental uncertainty,” she said.

Ms Reyers said an example of this was the project’s focus on the southern Cape’sEdendistrict — which includes George, Oudtshoorn,PlettenbergBayand Knysna. This area was already experiencing the effects of climate change, including increased flood, drought and fire frequency, which caused loss of life, crops and physical infrastructure.

This also meant insurers were paying out large amounts in compensation, and the operations of crop and dairy farmers were being disturbed.

The area had some natural infrastructure — such as beach dunes and wetlands — that, if used, protected and improved where degraded, could protect communities against these effects, or mitigate their harm.

Research showed, for instance, that coastal towns that had retained their “fore-dunes” — the first dune that waves would hit — had not lost houses in storm surges, thus saving lives, homes and insurance and municipal disaster management funds, Ms Reyers said.

The biome project also focused on SA’s grasslands in the Olifants catchment area around Witbank, where coal mining was impairing water quality, and water quality was affecting agriculture.

The failure of municipal infrastructure such as sewerage was affecting water quality, and could curb foreign trade if E. coli bacteria levels were not reduced to international standards, Ms Reyers said.

The national policy focus areas would investigate the kind of policies SA needed to make ecosystem services central to poverty alleviation andgeneraldevelopment, including the furthering of SA’s nascent green economy.

“We can plan far better, more productive landscapes (through the use of ecosystem services)”, Ms Reyers said.