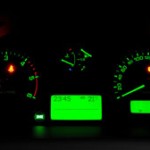 Vehicles that partially drive themselves will be available by the middle of the decade with more sophisticated self-driving systems by the end of the decade, General Motors vice president of Global Research and Development Alan Taub says.

Sensors, radars, portable communication devices, GPS and cameras are the tools that supply critical information to the driver and the automobile’s computer system. Combined with digital maps, the same technologies will allow the driver to let the vehicle concentrate on driving while he does something else.

“The technologies we’re developing will provide an added convenience by partially or even completely taking over the driving duties,” Taub said. “The primary goal, though, is safety. Future generation safety systems will eliminate the crash altogether by interceding on behalf of drivers before they’re even aware of a hazardous situation.”

GM is already putting some of these advanced safety systems into its vehicles. For example, a lane departure warning system is available on the Chevrolet Equinox and GMC Terrain; a side blind-zone alert is available on the Cadillac Escalade, Buick LaCrosse, GMC Yukon and Chevrolet Tahoe and Suburban. A host of vehicles, including the Equinox and Terrain, offer back-up cameras.

Additional advanced safety systems under development will provide the foundation for autonomous driving including:

•An industry-first crash avoidance system available on the 2012 GMC Terrain uses a camera to help drivers avoid front-end and lane departure crashes. The system uses a high-resolution digital camera mounted on the windshield ahead of the rear-view mirror to look for shapes of vehicles and lane markings, alerting the driver to possible collisions and lane departures.

•Vehicle-to-vehicle and vehicle-to-infrastructure communication systems gather information from other vehicles, roadways and traffic signals to warn drivers about possible hazards ahead, including slowed or stalled vehicles, hard-braking drivers, slippery roads, sharp curves and upcoming stop signs and intersections. These systems, on display this week at the ITS World Congress, can be embedded in the vehicle or be added as applications to portable devices/smartphones that connect wirelessly to the vehicle.

•The EN-V urban mobility concept combines GPS with vehicle-to-vehicle communications and distance-sensing technologies to enable autonomous driving. The EN-V’s capabilities being demonstrated at the ITS World Congress includes pedestrian detection, collision avoidance, platooning and automated parking and retrieval, where the EN-V drops off its driver, parks itself and then returns to pick up the driver via commands from a smartphone.

“In the coming years, we believe the industry will experience a dramatic leap in active safety systems, and, hopefully, a dramatic decline in injuries and fatalities on our roadways,” Taub said. “GM has made a commitment to be at the forefront of this development.”

GM has been a leader in developing autonomous vehicle technology, having worked with Carnegie Mellon University to develop the “The Boss” Chevrolet Tahoe that brought autonomous vehicle operation to life in 2007 and won the DARPA Urban Challenge. The event required teams to build a driverless vehicle capable of driving in traffic and performing complex manoeuvres such as merging, passing, parking and negotiating intersections over a 96km course.