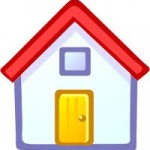 No one could claim that the South African property market has done well in 2011. Sellers are finding that their estimated prices need to be lowered; buyers are eager but struggle to buy with banks hesitant to approve home loans. The result is that the market suffers and speculation is rife as to how long this downturn will last.

While the debate is relevant it is only so in the short term. This is because property really is a long term investment and seen from this perspective the current market down-turn takes on a different level of importance.

One mustn’t forget that for most South African households owning a home equates to a good investment and stability which in the long term is not overly affected by the international drama. Consumers being transferred or being in need of up or downgrading or all the other good reasons for buying or selling, can do so under any market conditions. For the run of the mill property owner life goes on, for the investor the short term market remains depressed.

Those buyers who plan to sit on their newly purchased properties for the next four to six years will not be overly affected by the current property maelstrom. It also remains true that while the property market fluctuates in the short term, long term prices continue to increase. As such, those in the know still recommend buying, if you can afford it now and you can afford to sit on the property for a period.

That being said, the current market has far from recovered. It is a seriously ill patient. All indications are that the patient will recover – given the right medication such as the government’s R1 billion mortgage-backed insurance fund. The National Housing Finance Corporation (NHFC) chief executive, Samson Moraba, confirmed last week that the fund will be operational by October 2012 and will aim to galvanize banks into approving more home loans.

While it is true that our banks were largely exempt from the international banking woes the current global situation has made them more skittish than usual. The insurance fund will hopefully ease their concerns through mitigating the risk to banks by being “a wholly owned subsidiary of the NHFC but registered, licensed and regulated by the Financial Services Board in terms of compliance with the regulations and its solvency requirements”, says Moraba (as quoted in a Business Report🙂

According to the same report Marius Marais, the chief executive of First National Bank (FNB) Housing Finance, is of the opinion that the fund could decrease the cost of mortgage insurance as all mortgage bonds would be pooled into one and the risk shared on a bigger portfolio base.

Other positive indicators are: the downward trend in the ratio household income versus debt which peaked at 82% but is now in the upper 70%. This is a positive sign but is still far too high (although much better than most first world countries at present!). The patient is getting the right treatment – household debt is coming down and the interest rates are stable.

There is however a few risk factors that need to be dealt with. Firstly the fact that the current international, financial crisis looks to be far from over with analysts and citizens alike waiting with baited breath to see if Italy will be able to make its debt repayments.

Secondly, we have our own political hot pot brewing with the leadership struggles in the ANC which are set to intensify in 2012. Anyone who witnessed the impact of the Polokwane conference knows the potential for market unrest during this period.

All being said and done does it mean potential property buyers need to wait? Not necessarily says John Loos as quoted in Moneyweb: “it’s important, I think, in these tough times to buy well within your means. Yes, some do still believe interest rates will go up later this year or early next year and ultimately interest rates always do go up. But it’s not only about that, it’s also about all the costs being heaped on to housing, we know about Eskom and we know about municipalities. So, in these tough economic times, tough financial times, I think it’s always good to buy within one’s means if one is entering the property market.”

And that seems to be the best advice for the moment – by all means buy property yes; in the long run it will be a valuable investment. But, buy within your means and take a long term view. Investors seeking to make a quick buck might want to think twice.

*Bruce Swain is the Managing Director of Leapfrog Property Group.