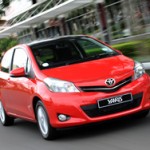 The holidays tend to be a time of spending not saving, but there are ways to save money at the fuel pump this festive season.

Mbulelo Mthi, BP’s technical fuels manager says by being aware of the aspects that increase fuel consumption, you can save substantially on your fuel bill.

He offers the following suggestions:

1. Inflate to correct tyre pressure: Under-inflated tyres are not only dangerous, but they also increase the rolling resistance between the vehicle’s tyres and the road. To overcome the extra drag, the engine will have to work harder and therefore consume more fuel.

2. Maintain your vehicle: A badly-maintained vehicle is unlikely to perform as it is designed to. Problems such as partially-blocked filters, poor oil performance and emissions control systems under-performing may occur. These and other factors will prevent your engine from functioning as well as the manufacturer intended it to, which can result in increased fuel consumption and higher emissions.

3. Remove roof box rails: Any external fixings such as roof boxes, their rails and bike racks should be removed when not in use. They change the air flow over the vehicle and increase its aerodynamic draft. This means a greater force is needed to drive the vehicle through the air, requiring extra power from your engine, in turn increasing fuel consumption and emissions.

4. Use high quality fuels: Using high quality fuels, such as BP Ultimate, will allow the vehicle to run more efficiently, enabling improved combustion quality thus reducing fuel consumption and lowering emissions. Independent tests show that the fuel economy benefit of BP Ultimate Unleaded can be up to 25km more per tank and up to 36km extra when using BP Ultimate Diesel, compared to ordinary fuels.

5. Reduce the use of air-conditioning: The air-conditioning unit contains a compressor pump driven by your engine. When air conditioning is used the compressor uses power from the engine, increasing the work it has to do. This requires more fuel and produces increased emissions.

6. Remove unnecessary weight: Carrying unnecessary weight in the boot or cabin of the vehicle will make the engine work harder when accelerating – this particularly affects stop/start driving. Simply removing this load will reduce fuel consumption and lower emissions.

7. Reduce stop/start driving: The engine has to work hard when accelerating and every time the brakes are used this energy is lost as heat. By observing and predicting road and traffic conditions ahead, the effects of stop/start driving can be reduced. By simply lifting off the accelerator earlier and gently slowing down will improve fuel economy.

8. Reduce excess idling: Unnecessary idling will consume fuel and produce emissions even whilst stationary. During periods of several minutes or more, where it is safe to do so, switching off your engine will stop fuel consumption and emissions completely.

9. Don’t accelerate hard: Accelerating hard and using high engine speeds will make the engine consume more fuel. This is because, under high loads and speeds, the engine is not operating very efficiently. Accelerating more steadily to the desired speed will reduce fuel consumption and emissions. Using the engine in its most efficient range can reduce consumption and emissions:
• For petrol, changing gear at 2500rpm is recommended
• For diesel, changing gear at 2000rpm is recommended

10. Avoid short journeys: On short journeys when an engine is cold it uses more fuel because some of the energy in the fuel is used to heat the engine. The catalytic converter in the exhaust of modern vehicles, which reduces harmful emissions, is also less efficient when cold. Cold-start journeys, therefore, lead to high emissions and high fuel consumption for several minutes after start up. It is best to avoid such journeys as much as possible.