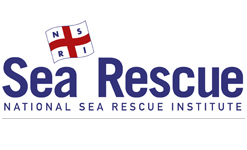 Where: Starts at 8am from The Waves in Keurbooms and finish at Offthehook Seafood Café in Plettenberg Bay.

Cost: The entry fee is R150 and includes a burger and beer as well as a donation to NSRI.

Where: Registration from 7am, starts at 4pm at Diaz Beach, Mossel Bay

Details: Participants compete against the time they predict on their entry forms, and the winners are those whose times are the closest. Participants are not allowed to wear a watch.