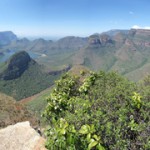 The Western Cape has experienced a rise in domestic tourism as the industry has flourished since the start of December, with attractions such as Table Mountain, the V&A Waterfront and Langebaan continuing to be some of the most popular visiting sites for tourists.

Cape Town Route Unlimited’s Calvyn Gilfellan said in a statement that an increase of between five percent and eight percent could be expected this year.

“There is definitely an increase. We have seen more numbers fuelled by the school holidays and international visitors. We will have an 8 percent year-on-year growth for this particular part of the season,” Gilfellan said.

Alan Winde, the Finance, Economic Development and Tourism MEC, said arrivals at the province’s major airports and visitor numbers at attractions across theWestern Capein November 2011 were higher than in November 2010.

“Of our major attractions, the V&A Waterfront registered 1 828 600 visitors in November, a year-on-year increase of 7.2 percent.”

He added that visitor numbers to attractions in other parts of the province increased more dramatically.

This is positive news for smaller towns that rely on tourism to boost their economies and create jobs.

The Cape Agulhas Lighthouse had 24.8 percent more visitors compared with November 2010. The Worcester Open Air Museumsaw a 56.5 percent increase in visitors, and the Garden Route National Parks in Knysna and Tsitsikamma each had more than 25percent more visitors.

At present, tourism contributes over 10 percent to the province’s economy. The provincial government aims to have this figure increased to 15 percent by 2015. -Cape Times