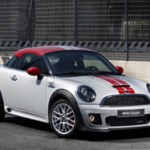 South Africa’s total industry new vehicle sales increased by 7% to 48 251 units in January compared to the same month last year, a subdued but positive start to the year, the National Association of Automobile Manufacturers of South Africa (Naamsa) said on Thursday.

“At this stage, the outlook for 2012 in terms of total industry sales remained one of modest growth,” Naamsa said.

Exports, excluding Mercedes Benz, were up 2.6% year-on-year to 10 445 units but should improve from February.

“The industry’s export sales performance would however depend on the direction of the global economy and the contribution of new export programmes by manufacturers.” Namsaa said. — Reuters