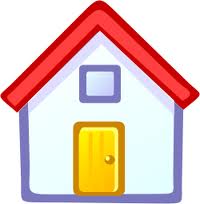 Despite ongoing global economic turmoil the South African property market is entering a recovery phase, albeit the early stages of one, according to the Broll Annual Market Report.

The report, a review of the global, continental and local retail, industrial and office sectors, stated that listed property on the JSE Securities Exchange had continued to outperform other assets in the traditional four classes – bonds, cash and equities.

“Subdued demand and excess space in the market means that tenants in all property sectors – offices, industrial and retail – have a strong position when it comes to renewals. This will start to change over the next 24 months or so” said Malcolm Horne, CEO of the Broll Property Group.

Although demand had been subdued, Horne said that there were several indicators of an increasingly vibrant market sector.

“In the office sector a two-tier market is emerging – prime grade and the rest. Gross rentals on prime space, larger efficient floor space which can accommodate open-plan or high headcounts per square metre are holding up. The others remain under pressure, forcing landlords to consider refurbishments in order to compete, or to adjust their rentals.

“In addition the growing interest in Africa as a destination for many multinational businesses is resulting in a significant uptick for quality retail and office space in several countries to the north.”

Locally, the Gautrain has had an indeterminate impact on the Gauteng property market. The opening of the Rosebank station and the route between Sandton and Pretoria have taken the service offering to a new level.

“Our findings are that the train and bus services have not necessarily led to a reduction in the use of parking bays in buildings,” Horne said.

“Users of the Gautrain now leave their cars at the office from Monday to Friday and only take them home at the weekend. The opening of the Johannesburg Park Station will enhance the service offering and contribute to the transformation of the Johannesburg city centre. Investors are coming to the table, and the CBD is benefiting from a variety of new developments.”

The Pretoria office market had also benefited from the Gautrain. Office buildings around the Centurion and Hatfield stations had become more popular and vacancies had lowered. Speculative developments for the 2010 FIFA World Cup were now experiencing the benefits of the new transport hub and vacancies continued to decline.

“Capitalisation rates for prime properties in all sectors of the market have remained stable and we expect this to continue for the first quarter of 2012. Secondary and major provincial properties however have seen a weakening in capitalisation rates. This is largely due to the higher vacancy rates and a reduction in rental levels.”

In the retail sector, shopping centres remained the main retail sales point, primarily because they had been developed specifically for the business of retail sales, facilities and services. Gross shopping centre prime rentals had remained fairly stable with the exception of Bloemfontein and Durban.

Bloemfontein had experienced an increase in gross rentals achieved due to the higher demand for space and an increase in retailers interested in entering that market. With limited stock available, this has led to a reduction in vacancies.

Durban, on the other hand, had an increase in stock coming online over the last 24 to 36 months. Coupled with the downward economic conditions in the area it had led to an increase in vacancies and, as a result, a reduction in rentals.