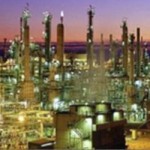 Pretoria- PetroSA is to fund an eco-schools programme aimed at encouraging environmental responsibility among the youth to the tune of R4.5 million.

“We understand the need to preserve our environment for future generations. The beauty of the programme lies in the fact that it exposes young people to the importance of responsible environmental custodianship,” Kaizer Nyatsumba, head of corporate affairs and shared services, said.

The programme, which was launched in 2003 is offered by the Wildlife and Environmental Society of South Africa and the World Wildlife Fund, accredits schools that make a commitment to continuously improve their schools’ environmental performance.

“The national oil company announced funding of R4.5 million over a three-year period,” said the company on Monday.

Among the 650 South African schools that received an Eco-Schools award for their efforts in 2011, another 64 were honoured with an International Eco-Schools flag for developing and sustaining their environmental projects over a five-year period.

Some of the schools that have received this award include under resourced ones like Carshalton Farm School in Mooi River to well-resourced schools like the Virginia Preparatory in Durban North.

When schools register with the programme, they commit to improving environmental learning and action through the curriculum with relevant themes being chosen by teachers and learners.

The number of schools that have registered with the programme has grown from 100 in the first year to over 1100 in 2011. Currently 51 countries are part of the programme worldwide withIran, China, USA and Uganda being some of the most recent countries to join the programme.