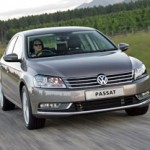 Vehicle financier Wesbank has released its international mobility study, which compares the operating costs of a typical passenger vehicle in different regions around the world to highlight the variation in costs faced by consumers.

The price of the mass entry level car used for the study in South Africa is equivalent to 95% of a teacher’s annual salary.

In Brazil it amounts to 122% of a teacher’s annual salary, while in the US and Australia it amounts to just 23% and 26% respectively.

The teacher in the analysis is a high school mathematics public school teacher with five years’ experience.

The ownership and operating costs monitored in each region included the initial purchase price of the vehicle; fuel and maintenance costs; government taxes, levies and licensing; insurance; cost of finance and the fixed residual value.

WesBank executive head of sales and marketing Chris de Kock said the reasons behind the high mobility cost in South Africa could be attributed to factors such as labour and transport costs, economies of scale, taxes and compliance and government incentives.

One area in which costs to South Africans compare favourably is fuel.

Of the countries surveyed, the UK had the highest fuel cost at R20.05/litre. The US was the lowest at R7.36/l, while South Africa was second cheapest at R9.93/l.

“From the study, it appears that while the mobility costs for vehicle owners in South Africa are reasonably high when compared to other countries, this is due more to economic factors, rather than higher margins along the supply chain,” concludes De Kock. –I-NetBridge