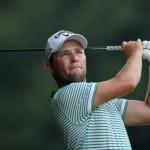 Tomorrow, they tee off in the $8.5-million (approximately R65-million) World Golf Championships-Cadillac Championship at the TPC Blue Monster course at Doral Golf Resort and Spa, and it signifies they have become part of the world’s golfing elite.

The 23-year-old Grace was the first to announce himself on the world stage with his maiden European Tour victory at the Joburg Open in January, an event co-sanctioned by the Sunshine Tour where he cut his golfing teeth.

Kruger was next, his maiden European Tour victory coming in February at the Avantha Masters inIndia– a win which catapulted him to the top of the Asian Tour Order of Merit.

After gaining his European Tour card at the 2011 Qualifying School Final Stage, Grace could scarcely have dreamt how quickly his impact in top-level golf would come, but he enjoyed a formidable first few weeks of the 2012 season.

His Joburg Open success was followed by further success at the following week’s Volvo Golf Champions, where he held off his boyhood heroes Ernie Els and Retief Goosen in a play-off to become the first player since Fred Couples in 1995 to follow his first European Tour win with another the following week.

These early-season successes propelled Grace into the top 10 of the 2012 Race to Dubai following the WGC-Accenture Match Play, thus granting the former Challenge Tour player a place in his first World Golf Championship.

Kruger’s Indian win completed the sixth success in the 10 previous European Tour events forSouth Africa. He survived a late wobble inNew Delhito capture the title and climb into the top 10 of the Race toDubaiand also seize a place in this week’s Cadillac Championship.

Kruger, a two-time winner on the Sunshine Tour, and Grace will both be looking to become the second South African to win the WGC-Cadillac Championship after Els’s triumphs in the 2004 and 2010 events.

“To make my debut inAmericaat a World Golf Championship is a privilege and a dream come true,” said Kruger. “I feel like I belong in this company now, because the win inIndiahas given me so much confidence.”

And just how firmly he and Grace belong in that company now is illustrated by the balance of the South African company they will keep at Doral: In the absence of Els, who did not qualify for the event, Goosen is the elder statesman of the group.

He made it into the field on the strength of his ninth position in the Race toDubai– well below the third spot held by Grace and one below the eighth of Kruger.

Major champions Charl Schwartzel and Louis Oosthuizen made it into the Doral event by their positions inside the top 50 in the Official World Golf Rankings, while Garth Mulroy and Hennie Otto are in the field by virtue of their first and second-place finishes on last year’s Sunshine Tour Order of Merit.