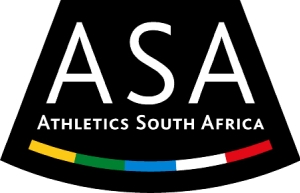 Only Lebogang Phalula’s place of the six, who competed in Mauritious, is in question as she is currently undergoing treatment for a knee injury. Coach JP van der Merwe confirmed that she is still going to physiotherapy. Lebogang feels she is responding positively to treatment and is hoping to be fit for the championships next Sunday (18 March).

The junior athletes that will have their very first taste of bigger competitions with international athletes as no juniors were selected for the Mauritius team.

In the junior women’s category Central Gauteng was less dominating as Gauteng North andCentral North Westalso made their mark at the top.  Sylvia Tshetlanyane (CGA) won the trials in Potchefstroom, securing her spot in the South African team.  Others to join her are the Van Graan twins from Gauteng North, Anylsee and Kyla, (2nd and 4th respectively at the trials) Luleka Dyonki from CNW (3rd), Thandeka Manzana (5th at trials – AGN) and Tahndi Sihohle (6th at trials from CGA).

The big showcase of the 2nd CAA African Cross Country Championships will take place on 18 March with 20 countries from over Africa competing on the day.