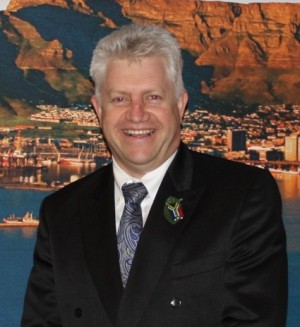 At the Waterfront, visitor numbers grew by 2.8% to 1.82-million. Numbers at the Kirstenbosch botanical gardens showed an increase of 8.2% to 61 081.

“We have had significant increases over several consecutive months now and are definitely looking at one of our best tourism summers ever,” Winde stated.

“Obviously, the good summer weather and absence of strong winds were major contributors, but I would not discount the effect of the publicity generated by the vote forTableMountaincampaign. It is important that we build on these successes going into the future,” TMAC CEO Sabine Lehman said.

CEO of Cape Town Routes Unlimited (CTRU) Calvyn Gilfellan stated that the volume of visitors toCape Townand theWestern Capeconfirmed its status as one of the top destinations inAfrica.

Following a slight decrease in December, tourist numbers for theCangoCavesin Oudtshoorn went up 7.3%. Figures for De Hoop Nature Reserve outside Bredasdorp have shot up by 64.7%. AtAgulhasNational Park, visitor numbers increased by 22%.

“Some of these declines can mainly be attributed to the fact that locals went back to school and work,” Gilfellan noted.

He added that most of the province’s iconic events take place between January and April and that these were significant catalysts in drawing visitors and added considerably to the provincial coffers.

Further, Gilfillen pointed out that the conference, meetings and incentive industry played a crucial role in fuelling this growth.

He said the CTRU’s convention bureau and its partners secured nine conferences in the past months, which was expected to make a combined contribution of R70-million to the province’s financial system.