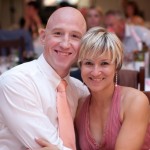 HEROLDS BAY, Western Cape-3 May 2012- Five months ago Marius du Plessis and Helen Müller discovered Neurofeedback, also known as Brain Training. Within days the effect of the treatment were noticeable in all aspects of their lives. “I felt more in control. My thoughts were clear and my body relaxed. For the first time in my career I had a sense of direction,” says Helen. Upon conducting thorough research and acquiring a mentor, the couple actively started pursuing what some call the “medicine of the future”.

Neurofeedback (EEG Biofeedback) was pioneered in the USA during the 1960’s. Since then it spread to the UK and other parts of the world, becoming known in South Africa only in the last couple of years.

Training your brain works on the same principle as training your body. If you want good results you need a coach and that is what Equilibrium Minds do. They use sophisticated technology and equipment to measure the natural electrical activity of your brain and then show your brain how to better self-regulate feelings, thoughts and focus. Marius says, “When information about a person’s own brain wave pattern is shown to them, their brain can learn to change it.”

The process is simple. Electric conductors (electrodes) are put on specific points of the scalp. The electrical impulses received are then amplified and fed into a computer. With this information the brain trainer can see which brain waves ought to be reduced and which you need more of.  During training, all you have to do is relax, remain still and focus. Your brain receives feedback through the video game you play, the music you hear or video material you watch. These mediums act as a mirror to show the brain what it does.

Equilibrium Minds aim to improve the lives of others through applied knowledge and experience. Professor Frank H Duffy from Harvard Medical School in the USA says, “In my opinion, if any medication had demonstrated such a wide spectrum of efficacy it would be universally accepted and widely used. It is a field to be taken seriously by all.” You can find Equilibrium Minds at www.equilibriumminds.co.za or contact them on +27 (0)79 138 4866 / +27 (0)79 234 6294 or via info@equilibriumminds.co.za