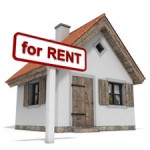 FNB points out that the buy-to-let market awaits the combination of a more attractive yield on residential property.

This would be driven by stronger rental inflation, a better household sector financial situation and for some aspirant investors, significantly better capital growth prospects.

Writing in the report, John Loos, FNB Home Loans property strategist says the weak buy-to-let buying lays the foundation for the ultimate recovery of the rental market by constraining supply.

“At present, it would appear that the agents surveyed believe that significant strengthening in the rental market may be some way off,” he says.

Loos explains that the FNB Estate Agent Survey for the first quarter of 2012 revealed a marginal improvement in buy-to-let buying.

When expressed as a percentage of total buying, buy-to-let buying increased to 9 percent from 8 percent in the previous four quarters.

From a 7 percent low point late in 2010, estate agents are suggesting that there has been very slight improvement in the level of buy-to-let buying, given that overall buying volumes in the residential market have also risen mildly in recent years, says Loos.

However, he notes that this percentage remains weak in comparison to the estimated 25 percent back in early 2004 at the height of the property boom.

“Besides widespread household financial pressure, the mediocre performance of the rental market would also not appear to make buying to let an overly attractive option at this stage.”

After showing promise of strengthening in 2010 and early 2011, the CPI for rentals has thereafter shown a weakening growth trend.

While this is good from a point of view of keeping overall CPI inflation under control and interest rates low, it does little to make buying to let more attractive, he says.

According to the Tenant Profile Network (TPN), the percentage of tenants that are in good standing with regard to rental payments has increased recently.

In the fourth quarter of 2011 this percentage reached 81 percent, the second successive quarter of increase and much better than 71 percent at the end of 2008.

TPN notes that the middle segments are financially the healthiest.