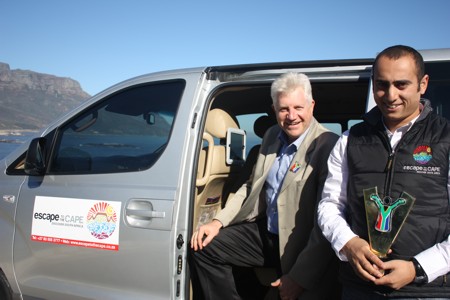 A former private banker, Athlone-born Ebrahim runs Escape to theCape, a tour company that marries technological convenience and tourism. When he formed the company in 2009, Ebrahim had no formal experience in the tourism industry, but had a strong passion for travel. Through his own hard work and through training provided by the Western Cape Department of Economic Development and Tourism’s Tourism Mentorship Programme, Ebrahim now offers his services to companies such as Google, the Oprah Winfrey Foundation, Royal Norwegian Consulate and South African Tourism. 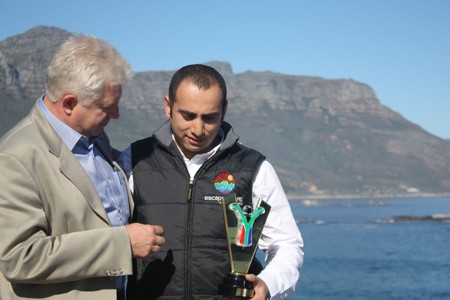 As part of his tour services, Ebrahim provides his passengers with free wifi, the use of an ipad, free calls toUSnumbers, a digital camera for use during the trip, snacks and chargers for laptops and cellphones. His tour buses are also fitted with revolving cameras that take pictures along the route and are then sent to his clients.

Congratulating Ebrahim, Minister Winde said: “It is no wonder you won, this is service par excellence. By being innovative and technologically savvy, Escape to theCapeis offering its clients far more than they would ever expect. Entrepreneurs need to think out of the box to make a real impact, and your success has proven this.”

Agreeing with Minister Winde, Ebrahim said: “If I have learnt anything, it is that nothing falls into your lap: it is only through hard work and being smart that your business will succeed. I am very proud to have won the 2011/12 ETEYA award.”