When it comes to golf, us South Africans sure do have a lot to talk about. I am of course not just talking about Gary Players’ 18 Majors (9 Regular, 9 Senior) and his 165 tournament wins worldwide, or that Ernie has 3 Majors, The Goose 2 and more recently Trevor Immelman and Charl Schwartzel have been fitted for green jackets at Augusta. Oh no, I’m talking more about our amazing prospects going forward in the Majors and the troop of talented local lads queuing up to lay their hands on golf’s greatest trophies.

So who is going to win us our next Major, well I think this is something to look into and of course something to put some money on in our featured BounceBet!

Charl Schwartzel’s win at Augustain 2011 really broke the news to the world (news we already knew naturally back in SA) that the next generation of South African golfers has arrived. Sure Ernie and Retief still peg it up and are more than competitive, but you can’t help but think their best days are behind them. The new guard though, well you only have to mention the names of Schwartzel, Oosthuizen, Coetzee, Grace, Aiken and van Zyl to realize how good the depth is when looking for new superstars. 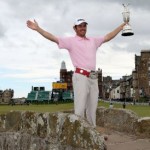 Louis narrowly lost out at Augusta but boy did he look full value for that green jacket right until the end. Many thought he would fade away after his breakthrough Major win at  The Open, he did for a while, but his game is simply too good not to win again – and often. He’s currently SA’s top ranked golfer in the world, and naturally odds on to be the next to win the next Major. 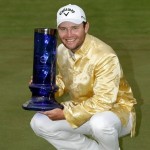 The way this kid goes from strength to strength he should have about 4 Majors by 2015. He’s won 3 times on the European Tour this year, evidence that his breakthrough win at the Joburg Open was more than just a breakthrough – it was a loud and clear announcement of arrival. Still perhaps a little green to challenge the biggest international tournaments right now, I’m guessing he’ll be a Major winner sooner rather than later

“ Eight different Southern Africans have combined to win 23 major championships – five in the last 10 years – but how does a country with only 160 000 registered golfers produce world-beaters? South Africans make things happen for themselves. After playing for limited purses on the Sunshine Tour, our golfers travel long-haul to hit the world stage. A strong junior programme, good weather all-year round, championship golf courses and most importantly, a legacy left by previous champions.

Charl Schwartzel, Louis Oosthuizen and Trevor Immelman simply followed the winning example set by Ernie Els and Retief Goosen, who in turn were inspired by Gary Player and Bobby Locke.

Branden Grace is the youngest player in 33 years to win three European Tour titles (only Seve Ballesteros and Sandy Lyle were younger), and to think last November he was enduring Qualifying School to earn his playing privileges. And it seems inevitable that George Coetzee’s maiden Euro Tour title is imminent.

Seven SA players (including Coetzee) have already qualified to tee it up at the Olympic Club in San Francisco (June 14-17) for the 112’th US Open, with Grace needing to maintain his top 60 ranking (currently No 55) for two more weeks to be exempt too.

We are a hotbed of golfing talent right now. While it is more likely that either Oosthuizen or Schwartzel will win a second major before we produce another new major champion – look out for these names moving up leaderboards around the world: Branden Grace, George Coetzee, Tim Clark, Rory Sabbatini, Richard Sterne, Thomas Aiken, Jbe Kruger, Garth Mulroy and Jaco van Zyl.”