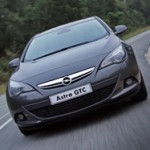 New vehicles sales inSouth Africain May accelerated to more than 20% higher than the same month last year and about 11% higher than the average for the first five months of the year according to figures released today by the National Association of Automobile Manufacturers of South Africa (NAAMSA).

Industry sales of new cars and commercial vehicles improved by 8604 units (not including the 579 vehicles sold by Great Wall Motors SA and excluding Mercedes-Benz) to 50 229 which is 20.7% up on the 41 625 units sold in May last year.

According to NAAMSA sales to car rental companies are expected to further improve from June onwards as the car rental Industry starts to re-fleet. New model introductions and an improvement in stock availability could also boost sales.

New car sales in May rose to its best level in the past eight months with year to date new car sales 11.3% ahead of the corresponding five months of 2011. New car sales during May 2012 were the highest since June 2007.

The export of 22 :620 South African produced motor vehicles also climbed by 2.5% compared to May last year although the global economy and the debt crisis in the eurozone continue to impact

The recent sharp depreciation in the exchange rate was also likely to result in pre-emptive buying over the next few months as consumers sought to purchase vehicles to avoid the possible impact of the lower exchange rate on new vehicle prices, according to NAAMSA.