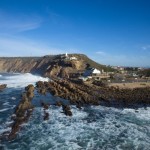 The Eastern Cape and Garden Route fishing industry is reeling from a dwindling squid population which during the past six months alone has resulted in multimillion-rand losses, affected at least 2 400 fishermen and put factory workers on short time.

A report on The Herald Online site says that the severe strain on a region which produces 80% of SA’s squid exports has stopped some major companies from sending boats out to sea while those which do risk losing thousands of rand per fishing trip because of the lower yields. According to the report, the only lifeblood for the industry at the moment is a steady supply of sardines which is keeping some companies afloat. Researchers have warned that the low squid yields could be a long-term problem, possibly because the squid were not laying as many eggs, or their eggs were not hatching, the report states.