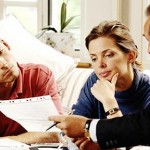 Keep a beady eye on Sars to ensure that IT does not overstep its authority, says Nathan Bokwe.

The voluntary disclosure programme (VDP) and Taxation Laws Amendment Act, 2010 (VDP Act) was promulgated onNovember 2 2010and taxpayers could submit an application in terms of the VDP fromNovember 5 2010tillOctober 31 2011. The purpose of the VDP was to encourage taxpayers who had violated statutes administered by the South African Revenue Service (Sars) and the Exchange Control Regulations, to regularise their tax affairs.

The tax VDP was not an amnesty programme, and amounts disclosed to Sars in terms of the VDP will remain payable to Sars. One of the requirements of the VDP Act was that the taxpayer make full and proper disclosure of the default. The benefits of the VDP were appealing to non-compliant taxpayers because a successful applicant would be assured of no criminal prosecution, 100% relief of interest and no additional tax and penalties (other than the administrative penalties leviable under s75B of the Income Tax Act, Act 58 of 1962).

A further requirement of the VDP was that an applicant’s default must have occurred prior to17 February 2010. Sars’s external reference guides published on its website, indicated that Sars wouldgenerally only go back a period of 5 years from February 2010 (“VDP Period”) when calculating the amount of tax outstanding by an applicant if the default involves a small proportion of an applicant’s income. Sars’s VDP publications also indicate that Sars would consider the tax outstanding prior to the VDP Period, if the default involved extraordinary income or transactions.

There have been instances not involving “extraordinary income” where Sars have threatened to decline a VDP application on the basis that the “full and proper disclosure” requirement has not been complied with, unless an applicant discloses information pertaining to his tax affairs prior to the VDP Period. Unless extraordinary circumstances exist, Sars’s conduct throughout the VDP process should be consistent with the representations it made to the public and as reflected in its publications which have induced taxpayers to participate in the VDP. Sars should only be entitled to consider the tax outstanding prior to the VDP Period under the circumstances specified in the VDP publications issued by Sars. If Sars’s conduct is not restricted to those parameters, the conduct could be unlawful and an abuse of power.

Taxpayers are afforded protection by the Constitution when Sars, which performs a public function and exercises public power as an organ of state and public administrator, administers any legislation. Section 4(2) of the South African Revenue Service Act, 1997 requires Sars to perform its functions in accordance with the values and principles of section 195(1) of the Constitution. Section 195 provides that Sars’s public administration must be of a high standard of professional ethics, its services must be provided fairly and transparency must be fostered by providing the public with accurate information. Sars’s Service Charter, which is a statement of intent issued and published by Sars, also requires Sars to be fair and make it clear what is required of taxpayers. If Sars’s conduct within the VDP process is not consistent with the representations made by it in its publications, Sars would clearly be violating its statutory obligations.

The VDP Act only makes provision for an aggrieved applicant to object, appeal or internally review Sars’s decision if Sars withdraws its relief under the VDP subsequent to conclusion of a voluntary disclosure agreement, in the event of a material non-disclosure by an applicant. Therefore, a VDP applicant who has not concluded a voluntary disclosure agreement with Sars does not have any internal remedies in terms of the VDP process. An applicant who is aggrieved by Sars’s wrongful, unlawful or unconstitutional conduct may approach a High Court to review Sars’s conduct, in terms of section 6 of the Promotion of Administrative Justice Act, 2000 (“PAJA”).

Section 33 of the Constitution entitles every person to the right to administrative action that is lawful, reasonable and procedurally fair. Section 3 of PAJA provides that all administrative action that materially and adversely affects the rights or legitimate expectations of any person must be procedurally fair. When Sars issues a publication on its website, a legitimate expectation is created for taxpayers. Sars is then obligated to comply and act within the parameters of its publications in addition to South African tax legislation.

Taxpayers are warned to keep a beady eye on Sars to ensure that Sars does not overstep its authority or abuse its power during the VDP process.

*Nathan Bokwe, an associate in the commercial department at Garlicke & Bousfield Inc.