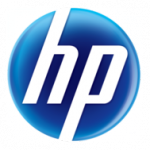 Hewlett-Packard will finally announce end-of-sale for the VCX VoIP system it acquired with 3Com — something longtime VCX solution providers maintain is a big mistake given the product’s loyal channel following and potential to make HP a truer end-to-end networking competitor against Cisco Systems.

Specifically, HP is steering UC customers with 250 seats and above toward Microsoft’s fast-growing Lync platform, HP’s Hilton said. For smaller customers, HP will focus on partnerships with ShoreTel and Aastra, the former predominantly in North America and parts of Asia, and the latter mostly in the EMEA region.  Link here.

Here’s some commentary from George Atrash on the news:

George Atrash, ShoreTel’s Vice President and Managing Director, APAC and South Africa, has welcomed news from the U.S. that HP will be referring its partners and customers to IP telephony and unified communications solutions from strategic allies including ShoreTel. This move is as a consequence of HP’s plans to announce the end-of-sale for the VCX VoIP system it acquired with 3Com. The end-of-sale date has been reported to be in December 2012.

“Combining a ShoreTel unified communications solution with HP networking gives organisations the flexibility to build the right solution architecture for their underlying infrastructure, but at the same time benefiting from the reliability, scalability and ease-of-management of ShoreTel’s UC technology,” explained Mr Atrash.