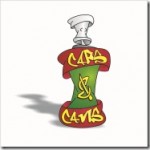 Graffiti is regularly referred to as ‘Vandalism’. But what is it really? Should it be forbidden and treated as an offense – or does it belong in art galleries? In my opinion, graffiti is indeed an art form.

When you hear the word graffiti, you will probably think about gangs and possibly criminal activity. Whilst it is true that gangs tag buildings to mark their ‘territory’, not all graffiti artists are gangsters – or is this their intention! Graffiti artists often use their medium to express their feelings about society and / or to enhance an otherwise bleak urban landscape. Political messages are also sometimes conveyed.

The real graffiti artists strive to detach themselves from regular ‘vandals’ and are more likely to be associated with ‘hip-hop’ and ‘street culture’. Most graffiti artists will tell you that they have no intention of ruining the environment at all.

When famous artists such as Picasso painted on the wall of a building, was it seen as vandalism? And why is a mural in a home not considered graffiti? Graffiti is done on street buildings – and not in a studio – does this mean it isn’t art?

People consider a lot of things to be art. But is graffiti accepted as an art form by thegeneralpublic? Most often not. Attention grabbing graffiti is forced on the public as they walk along streets, drive their cars or travel on trains – unlike visiting a gallery or viewing an advertising billboard. Imagine a billboard being used for graffiti, instead of advertising. Would it then become a socially recognised form of art and change the essence of graffiti?

As graffiti is not painted on a medium such as canvas, it faces harsh criticism and isgenerally regarded as defacing public property – possibly adding to urban decay. It seems that not everybody can appreciate the art and expression of graffiti. It is difficult for some people to be open-minded and seek the artist’s message.

Graffiti is a much more direct way of conveying the artist’s emotions and opinions. Freedom of speech, or rather art, can be expressed freely – at no cost but the actually paint and time. No gallery costs applicable to artists or viewer – and available for all to see.

Internationally, graffiti has become more acceptable and recognised as an art form. AndSouth Africais fast catching up. Graffiti only really started after the abolition of Apartheid. Previously, it was regarded as a political crime. Graffiti artists are showcasing their talent and proving that their art form is worthy of going down in history.

More and more communities are promoting and allowing graffiti artists to adorn their public areas and convey their messages to the public. Legal graffiti may soon take the image of ‘vandalism’ out of graffiti.

Graffiti art is now recognised in most school education syllabi. The youth of our country are being taught that it is art that is recognised, not vandalism.

In short, graffiti in the form of spray can art, is much like any other artwork found in an art gallery. Just more visible.

for more information on the following:

• Learning how to do graffiti

• Having a mural done in your home, office, etc. using a graffiti style

• Having a talk about graffiti at your educational facility