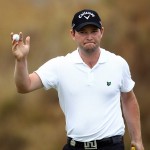 There is something about the Open Championship that excites generation after generation of players, andSouth Africa’s Branden Grace typifies the new generation which will launch its assault on Royal Lytham and St Annes on Thursday.

He struts confidently as much as Ernie Els strides easily, and he wears his heart on his sleeve in a way that used to be thought of as not entirely appropriate for golfers.

In the wake of his seismic start to the year — three European Tour titles before April had drawn to a close, and he’s ranked at a career-high 51st going into the Open — he is a menacing presence in the field, despite all the conventional wisdom in the world suggesting that experience will be everything.

The simple truth is that the last nine majors have been taken by first-time winners, as sure a sign as any that golf is not the private playground of a single player, or even of an elite few, anymore. Additionally, the last 15 majors have been won by 15 different players.

With a list of South and Southern Africans who have won the Open Championship as an example for him — Bobby Locke, Gary Player, Nick Price, Els and Louis Oosthuizen — Grace brings his own inspiration to the party.

One of his most powerful motivators will be the fresh memory of defeating one of those great Open champions when he won the Volvo Champions in January.

In fact, he inflicted a playoff defeat on Els and his other boyhood hero Retief Goosen, significantly on The Links at Fancourt, a course which he calls home — and that gives him a substantial advantage on Royal Lytham.

He claims to thrive on the difficulty of The Links, and with some of Royal Lytham’s fairways down to a miserly 18 yards wide, and the rough as thick as even Player can remember, Grace is almost relishing the challenge.

He was confident after a practice round which did not include many visits to the rough: “I didn’t think it was as tough as other people made it out to be,” he told the SA Press Association.

Grace, however, did concede there were a number of ‘no-go’ areas on most holes.

“Obviously there are some thick spots out there on the course in the rough that you just really need to try and avoid. The course is in great shape, the greens are good. I’m amazed at the condition it’s in after all this rain,” he said.

And, as Tiger Woods pointed out, Grace suggested that the key to unlocking low scoring might be in accuracy off the tees — the consequence of 205 bunkers placed around the course.

“If you can hit the fairways then 70 per cent of the hole is finished,” he explained. “It’s not one of the longest golf courses so you know your approach shots are going to be a lot more nine-irons, wedges and things like that.

“Obviously it depends on the weather as well, but if you keep it on the fairways, it makes it easier,” he added.

He will need to monitor the course closely: many of his approach shots may not be as simple as he expects as the weather dries out: “We’re really hoping the improving weather forecast which we’ve been promised will take some of the pressure off but we’re in pretty good shape going forward,” said championship committee chairman Jim McArthur.

“Whatever rain we’re going to get overnight tonight will stop around 0400 and then the forecast is dry for the rest of the championship so I think we’re going to see the course getting progressively back towards links-style conditions,” said R&A chief executive Peter Dawson.

So Grace will have to remember what served him so well in January when he beat Els and Goosen — and he may well be in the frame again.