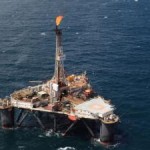 PetroSA’s gas-to-liquids refinery in Mossel Bay has become the first refinery in SA to receive an atmospheric emissions licence, which will help monitor and control toxic gases from the refinery.

He said scientific research had proved that emissions from the combustion of fossil fuels and other sources were largely responsible for raising global temperatures, and the warming of the atmosphere needed to be controlled. Global warming had dire consequences on human health and the natural environment.

“This licence bears testament to PetroSA’s responsibility to the environment; and understanding that while business continues as usual, there is a responsibility to ensure that operations are conducted within environmental legislative prescripts and with due regard for a clean and healthy environment, which is the right of every citizen.”

Bredell said PetroSA was a strategic business whose contribution to the energy sector went beyond the boundaries of the Western Cape.

“This organisation is one of the few utilities that exploits the large reserves of natural gas from the seabed to produce a wide range of much-needed fuels.”

He praised the Eden District Municipality, which had fulfilled its responsibility to pioneer the intricate licensing procedure.

“This truly defines our ability as different spheres of government, civil society and the economic industry to become ‘better together’.”

The completion of the air quality emissions licensing by PetroSA was indicative ofEden’s commitment to implementing its air quality mandate in terms of the National Environment Management: Air Quality Act.

Bredell said his department and other stakeholders had responded to concerns from communities about air pollution and were operating an ambient air quality monitoring station in the Dana Bay area, between the PetroSA refinery at Herbertsdale and MosselBay.

Residents have complained about odours and other noxious substances in the atmosphere.

“This monitoring station allows the department to assess the quality of the air that communities breathe, but also forms part of the larger ambient air quality monitoring network in the province that aims to provide an overall picture of the state of air quality in the Western Cape.”