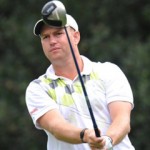 Warren Abery played his first full round of golf at the Wild Coast Sun Country Club and he’s banking on that memory as he tackles this week’s new Sunshine Tour event, the Wild Waves Golf Challenge.

The R6 000 000 tournament over 54 holes starts on Wednesday, and Abery will have fond memories of his victory at the 2010 Nashua Masters on the course.

In fact, he has continued to relish the course throughout his professional career. “I’m sure my confidence will return because I love the course,” he said.

It’s been a dispiriting time for Abery, who has been trying his hand on the European Tour, where he has made just €22 621 in 12 starts, with four cuts made. His best performance came in the co-sanctioned Joburg Open, where he finished in a share of 24th.

“It’s tough in Europe, and you can get down on yourself too easily,” he said. “You end up spending too much time on the range, simply because there’s not too much else to do, and you end up being unproductive.”

And, back in South Africa, his best performance came in March’s Platinum Classic where he had a share of sixth behind winner Jake Roos. He is currently 39th on the Sunshine Tour Order of Merit.

“I put my clubs away for three weeks when I came back,” he said, “and I just relished time with my family and away from golf. I’ve started feeling much more settled, and I’ve started hitting the ball well again.”

His last win on the Sunshine Tour came in November last year when he took the Nedbank Affinity Cup for his seventh career title.

He finds himself up against another local who has rediscovered good form: Adilson Da Silva took the Vodacom Origins of Golf event at Selborne Park Golf Club just north of the Wild Coast last week, and the Brazilian makes his home in KwaZulu-Natal.

And the man who finished second to Da Silva, rookie Danie van Tonder, is also a threat. He had to qualify for the Selborne event, and, such have been his results, he has won R327 348 on the Sunshine Tour and is inside the top 30 on the Order of Merit.

Abery missed the cut at Selborne, but he will be an altogether different proposition at the Wild Coast.