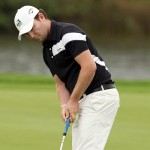 A Belgian, a South African, a German, a Spaniard, and a Dane walk into a bar. Whaddya got? Just another week in the clubhouse pub at the most recent European Tour stop. In all seriousness though, the group below are all ranked in the top 90 in the Official World Golf Rankings, are all proven winners, and all have bank accounts worthy of your envy.

The Euro Tour is often forgotten by those of us stateside, who tend to care very little about any tournament unless Tiger Woods, Phil Mickelson, or Rory McIlroy is in contention. But to me, the Euro Tour is about as sexy as it comes. What could be cooler than running around Europe, with a bunch of Europeans, playing golf? Not a whole lot. While the PGA Tour has the flash and the prestige, we’ve seen several “unknown” major champions come from the Euro Tour as of late – Charl Schwartzel and Louis Oosthuizen immediately come to mind. You may surprised to see these guys winning majors, but I can assure you their peers are not. The Euro Tour prepares professional golfers exceptionally well, with the players having to deal with less manicured courses and brutal travel schedules just to eek out their millions. Don’t be surprised if the names below pop up and win a big one soon – I for one would like to see each of them play a bit more here on this side of the pond.

2) Branden Grace – At 24 years old Branden Grace has already had a career nearly all young South African players could only dream of. A product of Ernie Els’ golf foundation, Grace’s game has already drawn compliments from Gary Player. Better yet, he’s already beaten countrymen Ernie Els and Retief Goosen head to head (am I the only one wondering aloud if they let him win for the good of South African golf?). Branden is currently 11th in the Race to Dubai, and is just outside the top 50 players in the world coming in at number 51. Grace has won 3 times on the Euro Tour, with each of those victories coming this year.