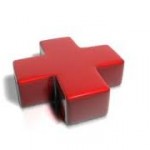 Dear Editor,
Various bodies now believe that circumcision may increase the rate of HIV transmission and that people have not been adequately informed abouth the risks of circumcision and the benefits of staying intact.
For instance click here for reports that “Approximately a quarter of men undergoing circumcision resume sexual activity before their wounds have fully healed” and that “if the proportion of men engaging in sex during wound healing increased to 30%, then circumcision would lead to more new HIV infections in women than it would avert.”Also, click here which says that: Uncircumcised men who wait for 10 minutes after coitus and then wipe the genitals with a dry cloth have less of a chance of getting HIV than circumcised men.
Why did intact men who cleaned later without water have lower risk for HIV?
The above site says:
Frederick Makumbi and other members of the Rakai study team, as well as other AIDS experts, speculated that washing could remove enzymes in vaginal fluid that neutralize HIV, that “the acidity of vaginal secretions may impair the ability of the AIDS virus to survive,” and that water with its neutral pH may facilitate viral survival.
See also http://circmodel.blogspot.com/Eddie Miller