This year, thousands of school leavers will flock to the Garden Routeto celebrate the 4U Plett Rage Festival 2012, appropriately titled ‘Destination Freedom’, the longest running and largest student festival in the country.  Students can expect 15 days of partying at seven incredible venues with some ofSouth Africa’s top musicians including Jack Parow, Goldfish, Haezer, DJ Fresh, Goodluck and Van Koke Cartel.  The Plett leg forms part of a national Rage festival schedule with other events taking place in Ballito & Umhlanga in KZN, all presented by Vodacom 4U & Blackberry. 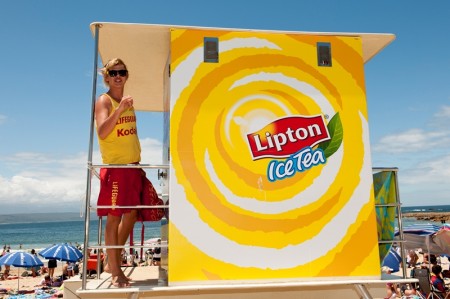 Over 15,000 students are expected to attend the biggest 4U Plett Rage Festival to date which takes place from the 23 November to the 8 December.

The 4U Plett Rage Festival contributes to over 350 job opportunities and provides essential economic input to the town out of the busy tourist season which occurs in December and January. The organisers of Rage actively encourage the students and Rage visitors to respect the town and will be working in cooperation with the South African Police force to set up roadblocks in order to curb drinking and driving. 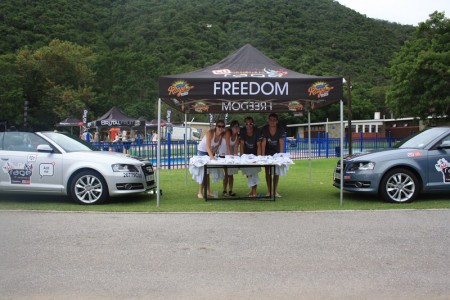 This year, the festival aims to give back to the community through its Rage 4 Good programme, a CSI initiative aimed at uplifting the local community, protecting the students and taking care of the environment. The initiative aims to engender a sense of community awareness in the students that will continue long after the Rage party has ended. These include anti drink driving initiatives, involvement of and working with local emergency services, the Awesomeness Campaign and green initiatives by suppliers and venues.

30 Rage 4 Good ambassadors will be chosen from across the country to encourage the students to participate in the community activations. Participation will be incentivized through the use of Rage 4 Good cards which accumulate points every time a student takes part in a Rage 4 good activity. All of the proceeds from the Rage 4 Good campaign will go to the Bitou 10 Foundation.

“The Rage 4 Good campaign, in partnership with Provincial Government Western Cape, kicks off in 2012 and is a vital initiative contributing towards community enhancement in and around thePlettenbergBayregion. The campaign will also provide an opportunity for festival-goers to be actively involved themselves in giving back and supporting local causes while having a blast in the process” Claire Alexander, Events Director at Firecracker, the agency behind the Rage 4 Good initiative.

Plett Rage Passports guarantee free entrance to all Plett Rage 2012 venues as well as discounted store vouchers, express queues and a number of incredible competitions. Students are able to purchase their tickets through their school ambassadors in the Western Cape, Eastern Cape, Johannesburgand Pretoria. To find out all the ambassador details please go to the Plett Rage Facebook group Plett Rage 2012 or visit www.plettrage.co.za.

Stretch Experiential Marketing, the creative agency that will be bringing to life brands such as Stimorol, adidas Originals and Lipton Ice Tea, will be conceptualizing and executing some of the largest activations that have been seen at any festival inSouth Africa.

“The 4U Plett Rage festival is now in its 12th year. One of the key elements in the growth of the event has been the involvement of partner brands that have adopted an ‘experiential model’ to their creative campaigns and in turn help add tremendous value to the students’ festival experience’.” Mike Silver, Director at Stretch Experiential Marketing.