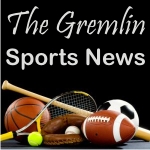 You may have though that sport couldn’t match the great events of 2012 when the Olympics and Paralympics captured the public’s imagination. However, there are a number of fantastic sporting occasions in 2013 including the IRB Rugby Sevens along with cricket’s most famous series.

The Ashes returns to the UK

Cricket is at the forefront of the great sporting events that are being held throughout 2013 and in England, the Ashes will return for the summer when Australia visit these shores.

In 2005 and 2009, these two sides played out what many consider to be the most thrilling test series in history. England won both of these series by score lines of two matches to one and the tests in 2013 promise to be just as dramatic. The test match at Lords will be the highlight of an Ashes summer while grounds around the UK are preparing to host cricket’s most historic event.

England and Australia are set to continue the battle for the most famous trophy in cricket throughout 2013 and 2014 with two thrilling series taking place in both countries. When the Ashes Series heads to Australia, there are even more traditions associated with the historic urn.

The Boxing Day test match is held at the Melbourne Cricket Ground every year and it always draws a capacity crowd no matter who the opposition may be. When the Ashes series against England is at stake, the atmosphere at the famous stadium is even more special but Melbourne is just part of the battle.

The Ashes will also be contested at Perth, Adelaide, Brisbane and Sydney in a five match series between what promises to be two very closely matched sides. When England last travelled to Australia in 2010-11, Andrew Strauss brought a very strong side on their way to number one in the world rankings. England won the series by three matches to one but when the two sides meet in 2013-14, it will be a more even contest with the Aussies desperate for revenge.

2013 promises to provide some entertaining and dramatic action all over the world. The irb sevens series in rugby is back but for cricket fans, the Ashes is the event that will provide the most tension and excitement.

Rugby in its most entertaining form

Sevens rugby is fast and highly entertaining and while some purists may prefer the traditional fifteen man, eighty minute version of the game, the IRB sevens can claim to attract a much higher audience. Games turnaround quickly and that means that one single weekend’s action can bring the biggest players from every rugby playing nation in the world.

The seven man version of the game has a long tradition but its popularity has now grown to the point where it has a clearly defined place on the rugby calendar. The sevens tournament now takes place all over the world and in 2013, the tournament will be heading to destinations all over the globe including Dubai, Hong Kong, Argentina and the United States.

Mike O’Brien is an experienced sports journalist with over twenty years of experience. With specialised knowledge of world cricket, Mike’s work can be found all over the internet on a wide range of websites and blogs.