EKURHULENI (12 November 2012) – The last chance to make it into this week’s South African Open will see hundreds of professionals teeing it up in three qualifying tournaments around Johannesburg on Tuesday. And a few interesting characters will be playing for a spot in the second oldest national Open in golf. 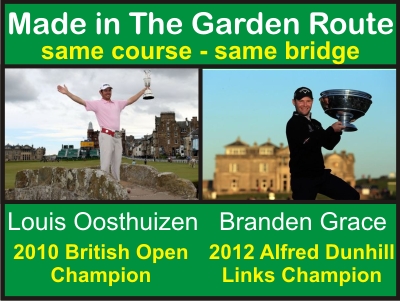 But the qualifying fields are equally intriguing, including a player who once beat both Ernie Els and Retief Goosen and finished a close second to PGA Tour campaigner Hugh Royer in the 1991 Royal Swazi Sun Classic, a player who beat European Ryder Cup star and 2011 Open champion Darren Clarke in a playoff to win the 1999 Vodacom Players Championship, a former Air Force Colonel who at the age of 44 was the oldest rookie to ever win twice on the Sunshine Tour, and a cordon bleu chef.

Des Terblanche, who finished second in the 1991 Royal Swazi Sun Classic ahead of both Els and Goosen, is in the qualifying field at Glendower. He joins other Sunshine Tour veterans such as Mokgeteng Mashego and Alan Michell, as well as rising stars Jared Harvey and Jake Redman.

And at Benoni Golf Club, young star Dylan Frittelli is taking his shot at SA Open glory having just returned from Spain where he qualified for the Final Stage of the European Tour’s Qualifying School, and as the winner of the Freddie Tait Cup for finishing as the leading amateur in the 2009 SA Open. He’s joined there by another rising star in Dean Burmester, as well as experienced Sunshine Tour campaigners Kevin Stone, Mark Murless and John Bele.