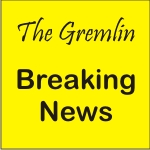 DECISION OF THE INTERIM CPC (CONGRESS PROVINCIAL COMMITTEE) TO TERMINATE THE MUTUAL COOPERATION WHICH EXIST BETWEEN COPE AND THE DEMOCRATIC ALLIANCE (DA) IN THE WESTERN CAPE, PERTAINING TO LOCAL GOVERNMENT ELECTIONS.

The CPC, after interacting and deliberations on the concerns and challenges facing these structures which inter alia relates to:

Further note that COPE is a Unitary Organisation and NOT a Federal Organisation, and in view of the aforementioned the CPC resolved to terminate the mutual cooperative agreement which exist between the DA and COPE within the Western Cape.

RESOLUTION WAS ADOPTED BY INTERIM CONGRESS PROVINCIAL COMMITTEE AS INDICATED ABOVE.