History is in the making as nine-year-old chimpanzee Nina stands on the brink of delivering a baby at the Jane Goodall Institute South Africa Chimpanzee Eden Sanctuary in Mpumalanga while being monitored live via a special video webcam. Up until now there has never been a live broadcast of a chimpanzee birth, according to David Devo Oosthuizen, Executive Director of the Jane Goodall Institute South Africa.

The mother-to-be, Nina, is currently being accommodated in the quarantine area at Chimp Eden for the birth. She is expected to give birth shortly. A camera is monitoring her progress and she can be observed 24 hours a day via live video streaming here, or http://www.chimpeden.com/. Oosthuizen says the birth is expected to take place in the evening or early morning.

Vox Telecom, along with WildEarth Media are broadcasting the chimpanzee birth using the newly launched YahClick broadband satellite service. It is the first time this service is being used for live wildlife broadcasting. Special care has been taken to ensure that the filming process does not disturb Nina.

“Chimp Eden is a rescue and rehabilitation sanctuary and as such has a very strict non-breeding policy,” explains Oosthuizen. “Nina herself had a contraceptive implant but it failed, which does occur in captive female chimps from time-to-time. Due to the precautions we take, we have never had a birth at Chimp Eden and Phillip Cronje, Sanctuary Chimpanzee Manager, is looking forward to the prospect of a new addition to the family here at the Chimp Eden. We are also excited to be working with Vox Telecom and WildEarth Media in order to bring this historic moment to the world,” he adds.

For Marc Cronje, Assistant Sanctuary Chimpanzee Manager, and the other keeper staff Themba Khoza, Sizwe Dlamini and Charles Mgwenya, the birth will be an important learning curve in their careers in chimpanzee care.

Oosthuizen warns that there could be complications with the birth. At the age of nine Nina is a very young mother and there is always a risk that there could be physical difficulties during birth and that she could reject the baby. Female chimps in the wild are usually only ready to breed from the age of 15 years and Nina matured particularly young, he observed.

“Like the other chimps that are taken care of at Chimp Eden, Nina has also had a traumatic life,” observes Oosthuizen. “She was torn from her family by poachers and has very little experience of infants.  We have no idea whether she will accept her baby or whether the primate staff at Chimp Eden will have to hand rear the little one. In the meantime we are monitoring her closely and are doing everything possible to ensure that all goes well.”

In 2007 Nina was saved from hunters in the South Sudan who had captured her for bush-meat. Authorities confiscated her from the hunters and sent her to a zoo in the town of Wau. From there she was taken to a Jane Goodall Institute safe house in Rumbek, Sudan. Nina and four other infant chimps Thomas, Charlie, Dinka and Zee were rescued at the same time and quarantined together.

Thomas, the chimp who is thought to have impregnated Nina, was kept by a CITES officer in Sudan before being handed over to the Jane Goodall Institute and brought to the Chimp Eden sanctuary, which is situated within the 1,000 hectare Umhloti Nature Reserve 15 kilometres outside of Nelspruit.

WildEarth Media, a company specialising in the live streaming of wildlife events, approached Vox Telecom and Yahsat last year to film the birth.

Vox Telecom agreed to sponsor the service. “We thought it was apt that the first ever live streaming of a chimpanzee birth should be done through South Africa’s first ever Ka-band satellite service,” says Clayton Timcke, Executive Head of Marketing at the Vox Telecom Group. “Vox Telecom has always been committed to giving back to the community and we knew that the high-speed capabilities of YahClick would be perfectly suited to this project while raising awareness about the excellent work  the Jane Goodall Institute Chimpanzee Sanctuary carries out.”

WildEarth Media CEO Graham Wallington says the event will be the first of many live wildlife broadcasts in South Africa, for example the companies are also working on the Kalahari Meerkat Project. “The introduction of satellite broadband has been a crucial watershed for us. We are now able to live stream wildlife from many different remote locations, different organisations, and different animals. We are extremely excited about the new prospects.”

Chimp Eden was opened in 2006 and is the first sanctuary of its kind in Sub Saharan Africa. The sanctuary itself is also home to an array of local African wildlife but its primary purpose is to aid and rehabilitate rescued chimps, and teach them how to fall into natural social patterns with their fellow primates.

Chimps occur naturally in 22 African countries, from the west coast of the continent to as far east as Tanzania. They are an endangered species and are now found in numbers in only a few countries including Gabon, Central African Republic, Republic of Congo, Democratic Republic of Congo, Cameroon, Senegal, Guinea, Guinea Bissau, Sierra Leone, Liberia, Ivory Coast, Nigeria, Ghana and Northern Angola.

Situated within the 1,000 hectare Umhloti Nature Reserve, the sanctuary is home to chimpanzees that have been misplaced from their natural habitats in Central Africa. The world-renowned Jane Goodall Institute (JGI) has made this tranquil venue its South African sanctuary and is committed to the rescue and care of chimpanzees in need of refuge. Being the first and only chimpanzee sanctuary in South Africa, this brings the world of chimpanzees closer to humanity through education and tourism.

The goal of the JGI SA Sanctuary is to rescue chimpanzees that have survived the bush meat trade; been orphaned and are traded in the illegal pet trade to zoos and circuses. These chimps are the lucky ones, living out their lives in a risk free environment and provided with the necessary attention to recover from the trauma that they have experienced.

About The Jane Goodall Institute

Founded in 1977, the Jane Goodall Institute continues Dr Goodall’s pioneering research on chimpanzee behaviour research that transformed scientific perceptions of the relationship between humans and animals.

Today, the Institute is a global leader in the effort to protect chimpanzees and their habitats. It also is widely recognised for establishing innovative community-centred conservation and development programmes in Africa, and Jane Goodall’s Roots & Shoots, the Institute’s global environmental and humanitarian youth programme, which has groups in more than 120 countries.

You can friend the foundation on Facebook at: https://www.facebook.com/JGISA

Vox Telecom Limited is a leading telecoms operator, providing voice, data and collaboration services to the southern African market. The Group competes in both the business and consumer sectors and has offices in Johannesburg, Pretoria, Durban, Cape Town and Port Elizabeth as well as in Windhoek, Namibia. Vox Telecom, established in 1998, has established itself as one of the major players in the telecoms market and is the largest black-owned telecommunications company in South Africa. For more information go to www.voxtelecom.co.za. 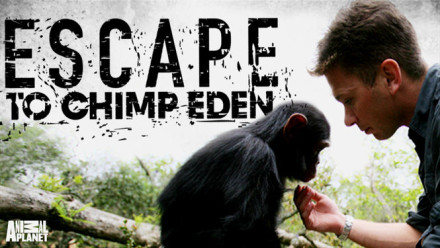