RAMfest 2013 is around the corner and the buzz in the air is electrifying. So much to look forward to!

Apart from the stellar international line up, many of the SA acts have surprises up their sleeves to deliver performances that you have not seen from them before. 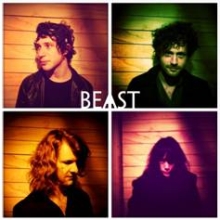 “We are super excited to play two RAMfest shows, especially Cape Town. We have a MASSIVE surprise in store for that show. Trust me. I’m kinda freaking out a little.”

Hot live act favourite Van Coke Kartel is putting together a 90 minute set called “Sameswering.” They will be performing with all of the artists that they have collaborated with in the past including: George van der Spuy, Hunter Kennedy, Laudo Liebenberg, Jack Parow, Peach van Pletzen and Theo Crous.

And what does Jack Parow have to say? 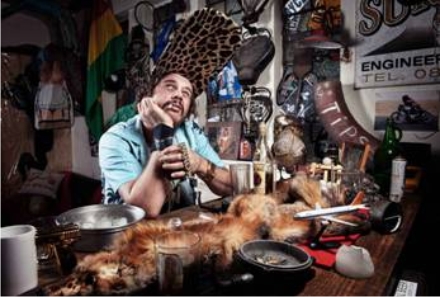 RAMfest is proud to bring you no less than three popular international acts: Rise Against (USA) Bring Me The Horizon (UK) and Pendulum DJ Set and Verse. (Australia and England.)

Rise Against is an American punk rock band from Chicago, Illinois. The band`s first two albums “The Unraveling” (2001) and “Revolutions per Minute” (2003) met with considerable underground success. Their major label debut “Siren Song of the Counter Culture” brought the band mainstream success, producing several successful singles. The two albums after that, “The Sufferer and the Witness” and “Appeal to Reason”, respectively debuted at number ten and number three on the Billboard 200 Chart. Rise Against currently have over 3.6 million fans on Facebook, as well as over 60 million views on YouTube for their official videos.

Bring Me The Horizon

Formed in Sheffield in 2004, Bring Me the Horizon has had many highlights since the launch of their career. They have won 3 Kerrang Awards – one in 2007 for Best British Newcomer, the second in 2011 for Best Album for “There Is A Hell…”, and most recently the 2012 award for Best British Video for “Alligator Blood”. They were officially the biggest band on MySpace UK in 2011, boast over 3.4 million fans on Facebook, as well as over 50 million UK and European views on YouTube for their official videos.

After the success of their performance at RAMfest 2010, Paul Harding en Ben Verse from Pendulum (Australia and England) will also be returning to perform at RAMfest 2013.

Herewith the SA greeting videos from Rise Against and Bring Me The Horizon – makes it all real guys!

Bring Me the Horizon:

Have you played the coolest social media game on the planet yet to stand a chance to win a meet and greet with the international artists? ~ Courtesy of Red Heart Rum and Olmeca Tequila.

The Rock vs EDM  RAMfest Internationals Meet and Greet competition is taking social media gaming to a next level, you have to check this out:

The game Rock vs. EDM is an application that lives on both RAMfest`s main sponsors, Red Heart Rum and Olmeca Tequila`s Facebook pages. The game and concept, developed by Hellocomputer, is an app that incorporates 16 bit graphic style along with a classic arcade game play.  Hellocomputer drew inspiration from games such as the ever popular Street Fighter and Metal Slug, whilst making sure to convey the core essence of RAMfest, that now has two main genres – Rock and EDM.

Rock vs. EDM has proven to be an innovative way for fans to identify with their preferred music genre.

This year there will be 5 stages at RAMfest Cape Town: The Red Heart Rum Stage for the MAIN vibe, the Monster Energy Alternative Stage for our brothers and sisters in Metal, the Olmeca Tequila Electronic Stage for pumping up the volume, the BOOM stage for rounding it all off with some more good, solid, rocking tunes and the Lipton Beach Party stage for a happy bikini valley vibe.

Ø      MONSTER ENERGY ALTERNATIVE STAGE by METAL4AFRICA.COM: Facing the Gallows, Haggis and Bong, Juggernaut, All Will Fall, Four A Penny, Marching Dead, Pestroy, Chromium and many more.

No credit card? Keep an eye on our Facebook and Twitter for cash sales points, or use Ticketbreak EFT services.

A beautifully secluded venue situated in one of the most verdant regions of the Overberg, the ‘Circle of Dreams’ is a outdoor destination second to none, providing festivalgoers with ample shaded camping spots, various outdoorsy entertainment options and a majestic natural panorama.

Venue is 170 km from Cape Town and 260 km from George. Take the N2 past Caledon to Riviersonderend. Go through Riviersonderend. Travel 7 km out of town and turn left at DR1306. LOOK FOR SIGNS! NB: Distance is relative to your desire to travel, life’s a journey, enjoy the ride.

FACILITIES
You can now securely charge your phone in our password-protected locker system. Find our Cell Phone Charging Stations at the designated RiCharge stand.