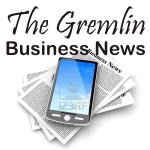 Companies based in the Western Cape will get an opportunity to find out more about the trade and investment opportunities created by South Africa’s BRICS membership, and its hosting of the upcoming fifth BRICS summit, at a special forum to be hosted by Brand South Africa and Frontier Advisory.

The BRICS group of influential emerging economies – Brazil, Russia, India, China and South Africa – together represent about 43% of the world’s population and approximately one-fifth of global gross domestic product (GDP).

In 2012, the BRICS countries accounted for approximately 11% of global foreign direct investment (FDI) flows ($465-billion) and about 17% of world trade.

The BRICS countries already constitute the largest trading partners of Africa and the continent’s biggest new investors, and according to projections by Standard Bank, BRICS-Africa trade is set to increase threefold, from $150-billion in 2010 to $530- billion in 2015.

South Africa was admitted to the grouping at the third annual summit of the bloc’s leaders in China in 2011, and will be hosting the fifth summit in Durban from 25 to 27 March under the theme “BRICS and Africa: partnership for development, integration, and industrialisation”.

The Africa Frontiers Forum, taking place at Cape Town’s Hilton Hotel on 14 March, will examine what the summit, and SA’s BRICS membership more broadly, means for the country and in particular for businesses based in the Western Cape.

Also partnering Frontier Advisory in presenting the forum are the Development Bank of Southern Africa (DBSA) and the Johannesburg Stock Exchange (JSE).