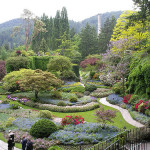 Head off to Kirstenbosch for a concert on Sunday March 17 that will pulsate with the hot sounds of Africa when Ringo Madlingozi brings his authentic African voice to the stage. Ringo has carved out a niche for himself as an artist able to craft songs that are rooted in Africa, yet appeal to a wide mass of people.

As one of the highlights of the Old Mutual Summer Sunset concerts there are few South African artists as in tune with the “rhythm of their soul” as this Gugulethu born performer. His energetic live shows have earned Ringo much acclaim and now, with a new album due for release shortly this concert at Kirstenbosch will see him performing some new and old favourites.

Originally named Sindile by his parents, his mother later gave him the nickname Ringo, (after Ringo Starr) because of the drumming and singing talents which he started displaying at an early age.

Today this talented artist has a string of awards and albums that have seen platinum status and the afternoon promises to be one of the best of the series.

It wasn’t always like this for this vocalist, drummer, percussionist, guitarist, songwriter producer and arranger. A chance encounter with the renowned producer and head of Island Records, Chris Blackwell changed the course of Ringo’s creative life which led directly to the recording of his debut album in 1996, “Vukani.” The album marked a new direction for Ringo. Literally meaning “Wake Up” the album firmly rooted Ringo in the African pop genre, giving expression to the “ukuxhentsa” rhythms that had inspired the singer in his youth when he used to listen to “amagqirha” or traditional healers in his neighborhood and appreciate their rhythms. The addition of a contemporary sound whilst still being grounded in the tradition of the Xhosa guitar, cemented what has now become known as the “Ringo” sound.”

Wowing audiences across the globe has become the norm and he has worked with renowned local and international artists. From Mandoza to UB 40 as well as gospel greats Avante, saxophonist McCoy Mruba, trumpeter Prince Lengoasa and Busi Mhlongo, Ringo’s songs speak of healing, love, patience, kindness and forgiveness. This has seen him win the hearts of many music fans across the world as well marking him as an artist who aspires to initiate collaborations that unite Africans in song.

Pack a picnic, gather your friends and enjoy Sunday afternoon at the most beautiful garden in Africa as the Kirstenbosch Centenary rocks on.

For further information and ticket prices, please telephone 021 799 8783/8620 or visit the website www.sanbi.org or www.oldmutual.co.za/music. Tickets can be booked on www.webtickets.co.za