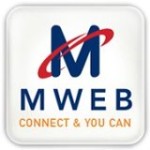 (Cape Town, 14 March 2013) South Africa’s biggest gaming service provider MWEB Gaming has launched local Dota 2 servers into the test build with the Valve Corporation, an American video game development and digital distribution company. MWEB is awaiting confirmation from Valve as to when it will be deployed into the full build, which could be as early as tomorrow. As well as figuratively putting African gaming on the gaming map, a “South Africa” region will be added to the game, literally putting our continent on the map alongside Europe, North America and Asia.

Dota 2 is one of the biggest online titles internationally, with occasions of up to 297,000 players online at the same time in spite of the fact that it is still in Beta. Proving it has an equally impressive South African following, 29 teams competed in the MWEB Dota 2 Inaugural Cup held last year in July. It is a highly team-oriented multiplayer online battle arena game, where players must coordinate with their teams in order to achieve victory. Reaction speed is a priority and the local servers will mean that finally SA gamers will be able to show off their agility and reflexes. 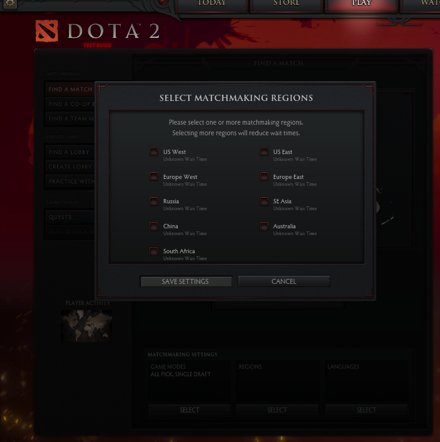 “This is another level reached in our ongoing mission to improve the online gaming experience for local players,” says Desmond Kurz, Online Gaming Manager at MWEB. “Local Dota 2 players will now have the opportunity to create new play strategies that are not apparent at the high pings that they are used to playing with on EU and US servers.”

“Conceptualising and executing on these strategies will increase the SA players’ competitive knowledge as to how international gamers play, which will add to their ability to compete against international teams,” notes Kurz. “This will be particularly useful when a still-to-be-selected South African Protea Dota 2 Team picks up the gauntlet thrown by Romania later this year. MWEB is sponsoring this online tournament and all online tournaments with Mind Sports South Africa (MSSA).” 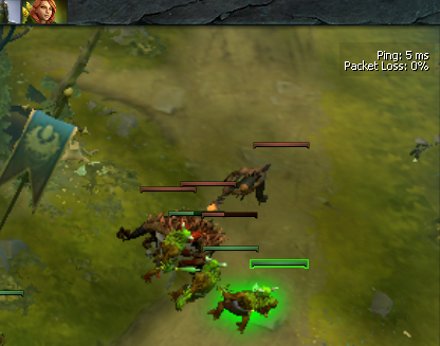 Further good news for Dota 2 fans, MWEB will be sponsoring R 5,000 in cash prizes for the big Dota 2 competition at the MSSA 30th Anniversary Annual Gauteng Championships on 30th and 31st March; which will provide the perfect opportunity for players to experience the local servers.

Dota 2 will be Free-to-Play once fully released; currently in beta it is constantly being updated with new heroes and new features. You can purchase an Early Access Holiday Pack for $29.99 from Steam to get into the game now and receive special in-game items.

For the latest MWEB Gaming News http://www.mweb.co.za/games/home.aspx or join our community on @MWEBGMZ or https://www.facebook.com/MWEBGameZone.

Since 1997, MWEB has been championing a free web in South Africa. It has led the industry from the start with the introduction of the Internet to South Africans to the launch of South Africa’s first Uncapped ADSL product. Today, MWEB provides Internet connectivity and solutions for home users, business owners and large corporates.

Dedicated to constantly driving change in the industry and deploying world class research and development teams, MWEB is focused on removing all barriers to Internet connectivity and services to positively impact its customers and broaden the South African Internet landscape.