California is one of the most diverse and exciting places on earth and is a treasure trove for travellers. This article explains why it should be on your list of places to visit. 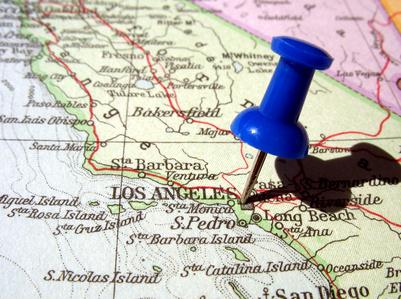 Background
Located on the extreme west side of the United States, California is the most populated and third-biggest state in the country. Its capital is Sacramento. It has a complex history of ownership, the area being colonised first by the Spanish and then by the Mexicans. Following the war between Mexico and the US in 1846, Americans settled in the region, before the Treaty of Guadalupe Hidalgo handed over the territory to the US. It became the 31st state after being admitted on 9 September 1850.

The area has been central to the history of the United States, including the Gold Rush and the establishment of some of the most important cities in the country, including Los Angeles, San Diego and San Francisco. It is this rich history, deep culture and wide variety of scenery that makes California so attractive to travellers and even those looking for volunteer work to boost their CV.

What’s there?
One of the best things about the region is that it has so much to offer any sort of traveller. Due to the wonderful weather, it wouldn’t be a terrible thing to just take to one of the many beaches and soak up the sun, relaxing with a drink or a dip in the Pacific. However, there are a number of tourist locations for you to check out too, to immerse yourself in the deep cultural and social history of the area.

First is the glitz and glamour of Hollywood, the centre of the movie universe since the mid-1950s. Besides that there is also a wide range of nightclubs and restaurants catering for only the very best. If you are looking for something a little more child-friendly, the state is also home to the sprawling fantasy land that is Disneyland, which has a vast area built specifically for fun, with rides and themed adventures.

There might be some among you who are more active and despite the golden state nickname of the state you can head up into the hills for some snow-based action. Among others, snowboarders and skiers can head to the Sierra Nevada mountains or the San Bernardino range, which have good powder and excellent apres ski activities too.

If you are looking for iconic destinations, they don’t come much better than San Francisco. There you can turn the tables and brave the famous fog to break into Alcatraz, the supposedly inescapable prison located on an atmospheric island out in the bay. If you fancy something a little more architectural, do take in the breathtaking beauty of the world famous Golden Gate Bridge, which links San Francisco to Marin County.

Overall, whatever you are looking for – travel, tourism, volunteer work – California, with its spectrum of qualities, should be on your list of places to go.

Tom O’Brien was born in the US but lives in London. He is a journalist and blogger who writes on travel and leisure and in particular tries to help provide resources for those looking for volunteer work around the world.