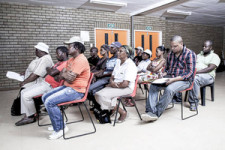 Port Elizabeth – Municipalities around the country are being brought to their knees by ruthless syndicates who are responsible for cities and towns losing millions every month.

The theft is relentless. In one of the more recent examples, the NelsonMandelaMunicipality said it was losing R24-million each month. eThekwini ratepayers are reported to be losing R120-million a year.

The Cities of Cape Town and Johannesburg lose about R121-million and R663-million respectively. The crime has also been reported as one of the factors that brought uMsunduziMunicipality to its knees. Many other smaller municipalities are likewise being devastated.

The crime behind these losses is electricity theft and happens in various forms. Syndicates employ individuals who are desperate for work to sell illegal prepaid electricity vouchers, to connect households illegally, tamper with their meters, or to steal electricity cables. The culprits do all of this at a fee, luring innocent people into crime. These syndicates often pretend to be employees of Eskom or local government, intimidating and victimising ordinary citizens, preventing them from taking action.

Local government has joined forces with the power utility Eskom, the business sector and the media to stem the flow of losses caused by electricity theft. The South African Local Government Association (SALGA) is a core partner of Operation Khanyisa, a campaign that aims to mobilise all South Africans for legal, safe and efficient electricity use.

At the launch of Operation Khanyisa, Xolile George, CEO of SALGA, described electricity theft as “a pandemic coursing through our delivery capabilities and fiscal planning”.

“Enough is enough,” George continued. “We have joined forces with our partners in Operation Khanyisa and will stamp out this crime.”