THE BIGGEST SOUTH AFRICAN COMEDY OF 2013 IS COMING THIS MAY – HAVE YOU SEEN THE HILARIOUS VIDEO CONTENT THAT’S ONLINE?

Wondering where you’ve seen those names on one line-up before? They’re the guys behind Pure Monate Show, the hilarious SABC1 sketch programme that’s been critically hailed as the greatest Mzansi comedy ever aired.

Fan videos of Pure Monate Show clips have raked up hundreds of thousands of YouTube views since the show ended, with local comedy lovers still delighting in the legend of PMS on Facebook and Twitter to this day.

For those die-hard fans of Pure Monate Show and supporters of South African comedy in general, the Blitz Patrollie team are releasing exclusive, official clips of the show on the Blitz Patrollie YouTube channel over the coming weeks, building up to the film’s release date on 10 May.

Stop by the Blitz Patrollie YouTube channel to see some of the biggest names in South African comedy in character trailers, EPK interviews, behind the scenes action from the film set, viral videos and teaser trailers, as well as official Pure Monate Show content.

Also, follow the Blitz Patrollie Facebook page and check out the website for production stills, the latest film info and news on when the cast will be in your town, on your TV screens or on the radio. 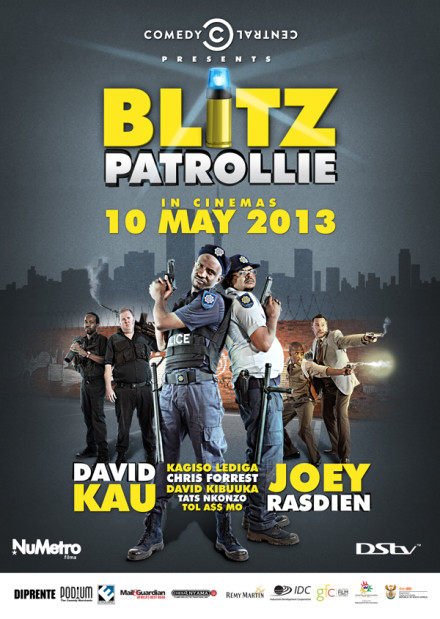